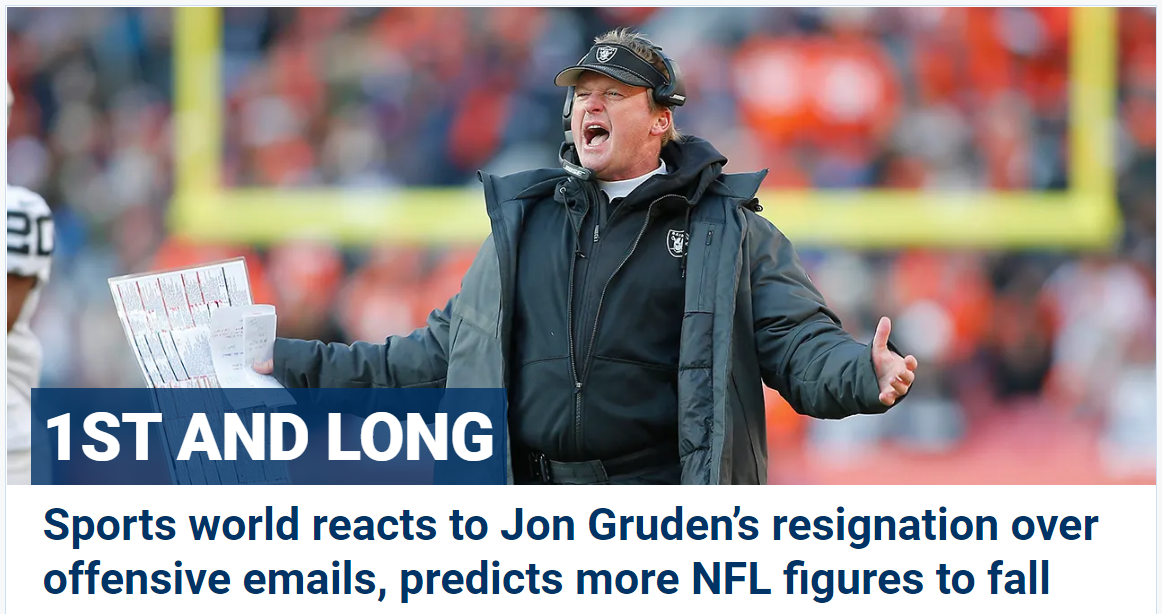 This morning’s top story is that Raiders head coach Jon Gruden is stepping down amidst allegations of racism, homophobia, and misogyny: 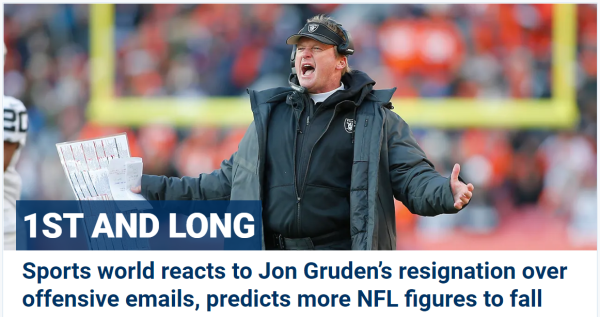 How ironic that his team, the Raiders, is nicknamed the Men in Black, in light of his comments about Black people. His homophobia has equal irony – this past summer, Carl Nassib, a player on Gruden’s team, came out as the first openly gay NFL player.

Recall how Jon Gruden was the one coach in the NFL who really hated the COVID-19 mask mandates, with the Raiders being fined over half a million dollars for his refusal to mask up.

Coupled with the recent news that Kyrie Irving, who is on record for being a flat-earther, won’t be participating in home games due to his stance on the “vaccine”, the subliminal messaging from the media is clear. Anyone who takes a stand against masks or vaccines is either an inconsiderate prick or a moron. As ridiculously obvious as this is, good luck convincing your everyday “normie” that people with dozens of millions of dollars will actually lie to them.

The Raiders made their move to Las Vegas official on January 22nd, 2020, a date with Primary numerology of 63 and 27:

The home of the Raiders, Allegiant Stadium, is in its 63rd week since opening last year.

Allegiant Stadium opened on the 213th day of last year:

In Jewish gematria, Racism sums to 213.

His resignation was made on Twitter on Monday night, as Monday Night Football was taking place. Up through 2017, Gruden was the highest-paid commentator on the MNF broadcasting team.

Gruden announced his resignation as Head coach during Monday Night Football in this Tweet at 9:03 pm:

The naming rights to Allegiant Stadium are owned by Allegiant Travel Company.

The Sun is ~93 million miles from Earth on average. The Luxor Las Vegas opened in ’93 and sits at 3900 South Las Vegas Blvd.

It opened on a date with Primary numerology of 137 and 47:

This is also the Hebrew Ordinal value of United States of America:

The point of Greatest Eclipse in 2027 is right near the Egyptian city of Luxor:

The Luxor Las Vegas is situated directly across the freeway from Allegiant Stadium: 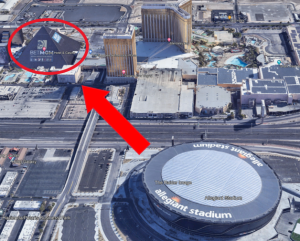 The Allegiant logo even uses a Sun:

Note the shared 33 gematria with Gruden, Eclipse, and MNF.

Gruden’s nickname is “Chucky” due to his resemblance to the Chucky doll from the 1988 film Child’s Play:

That film was released less than a week after They Live, which my last video was about.

Gruden, who will be 63 years old for the Luxor eclipse, has birth numerology of 107 and 44, further connecting him to Luxor, Egypt:

Gruden’s resignation fell exactly 130 weeks before the next Great American Total Solar Eclipse, which occurs on the 99th day of the year: 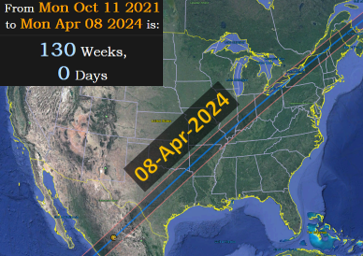 His Tweet also fell 733 days before the next eclipse to pass over the state of Nevada, which is 2023’s annular eclipse: 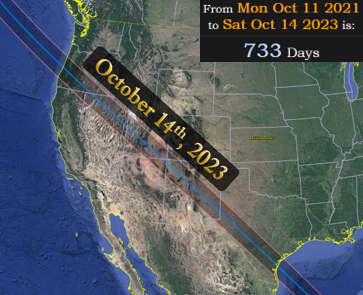 There are so many more eclipse riddles here, I probably can’t list them all. Jon’s Tweet fell 2 years, 3 days before that eclipse over Nevada.