Corbin Burnes, who wears #39, threw 8 innings of a combined no-hitter in Ohio on a date with Primary numerology of 61:

Major League Baseball’s 314th no-hitter was in the Brewers’ 143rd game of the season. The Milwaukee pitcher is exactly 1403 weeks old:

This was just Milwaukee’s second no-hitter of all-time. The only other one before this was by Juan Nieves, who threw one back in 1987.

One of the pitchers on that 1987 Brewers roster was Dan Plesac, whose son Zach Plesac just happened to be tonight’s opposing starting pitcher against the Brewers.

Corbin Burnes now has a career pitching record of 22-10: 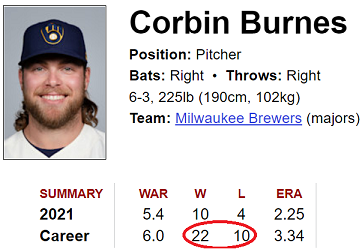 These are the same four digits found in the current year 2021. The game, which was played in Cleveland, took place 2 years, 210 days before the next Great American Eclipse, which passes over Cleveland:

That eclipse occurs in 2024. Burnes was born 2024 days after the theatrical release of Major League:

This year is being called the Year of the no-hitter. It’s had more no-hitters than when the record was set in 2012.

It was released on April 7th, which is the birthday of Josh Hader, who threw the final three outs of the game:

Major League stars actor Corbin Bernsen, whose name sounds a lot like Corbin Burnes. This is something I documented back in October of 2018. When Burnes first entered the league with Milwaukee, he was a relief pitcher, and he wore goggles similar to the relief pitcher from the movie:

Corbin Burnes has matching gematria with this character, Ricky Vaughn.

Burnes’s no-hitter was thrown a span of 158 days after the anniversary of the film’s release and Josh Hader’s birthday:

Corbin Burnes wears #39. The date 3/9, or September 3rd, is the birthday of Charlie Sheen, the actor who played Ricky Vaughn.

3.14 are the first three digits of Pi. This was the 314th no-hitter in Major League history.

For years, I’ve been explaining how the Brewers are connected to the Moon, most recently in June of this year (See my deep-dive from 2018). This game was played on 9/11, and 9×11 are the Prime Factors of 99. 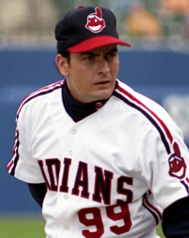 Ricky Vaughn is the Indians’ closer in that film. The Brewers’ closer, who threw the final three outs of the game, is Hader.

A major Eclipse number is 108, as it connects the geometry of the Moon to that of the Sun:

The movie title Major League sums to 108, like Milwaukee, Wisconsin, where it was filmed.

Burnes led the Brewers to a no-hitter 108 days after this year’s Total lunar eclipse: 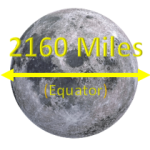 The only other no-hitter ever thrown by the Brewers was the 216th in Major League history.

This year’s feat occurred in Cleveland, which is home to the 216 area code:

Tonight’s game put the Brewers 33 games over .500. I believe this is the first time this has ever happened, as Milwaukee has never finished a season more than 30 games over .500.