Rapper Biz Markie has reportedly passed away on July 16th, about two weeks after rumors of his death began circulating on social media.

Almost all of Biz’s music was released on the Warner Brothers label. He died of Type 2 diabetes.

He died the same day as the release of Space Jam 2, made by Warner Bros, which is all about the WB universe.

“Space” is all the rage this past week, as billionaires Richard Branson and Jeff Bezos both take themselves to the edge of space, with Bezos’s flight happening on the 52nd anniversary of the first alleged Moon landing. Biz died of Type 2 diabetes.

Space Jam 2 features a slew of Warner Brothers cartoon characters, one of whom tries rapping.

Biz was born on the 99th day of a leap year:

His death is connected to the two Great American Total Solar Eclipses. The first of those two eclipses fell 99 years after the last coast-to-coast eclipse in the United States. The second one falls on Biz’s birthday, the 99th day of the year.

Earl Simmons is the real name of DMX, who died on the 99th day of the year. You may recall that news of his hospitalization dropped on 4/3/21, and DMX appeared on an LL Cool J track called 4, 3, 2, 1.

His passing fell during the time of Cancer, the only sign ruled by the Moon, which has a 57° range of declination. July 16th is the anniversary of the launch of Apollo 11, the first manned mission to the Moon.

Biz was a one-hit wonder to the mainstream, becoming best-known for his hit Just a Friend, which was released back on September 26th, 1989.

This ritual related to the song occurred in 2021, like the ordinal value of Biz Markie – Just a Friend.

This is a number we’ve seen stamped on blacks in the media far too often.

Five and Nine are the only two numbers to have an Ordinal value of 42.

This is the other number they love mocking black people with. “N*gger”, “The N Word”, “Slavery”, “Bigotry”, “Brothers”, and “February” (among many others) all have values of 42 in Reduction.

Rumors of his death started on the 181st day of the year:

Recall that was the same day another major black celebrity, Bill Cosby, was released from jail.

Biz’s birthday of April 8th is intriguing because that’s the date of the second Great American Eclipse. 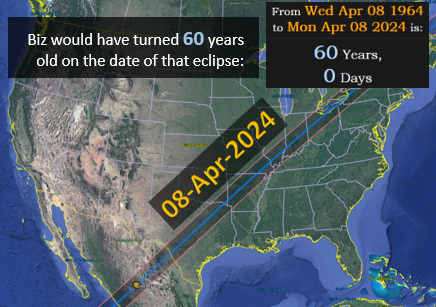 The real name of Biz Markie is Marcel Theo Hall. 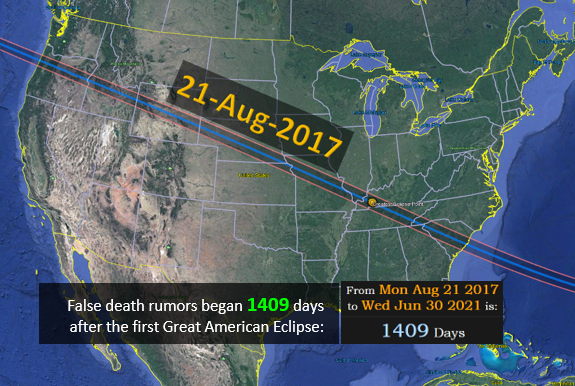