This year, July 17th, or 17/7, is the first day of Tisha B’Av, which is the Jewish holiday of remembrance for the destruction of the two temples. Surfside, Florida is a heavily Jewish community. 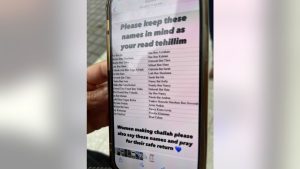 The mayor of Washington D.C. is exactly 177 months older than Pat McAfee, who recently became a commentator for WWE:

In the United States, the Twin Towers were destroyed on the date 9/11, in a year where there was a Total eclipse on the summer solstice.

The number 666 is connected to the eclipse code as I demonstrated at length in my last video.

Even the address of Champlain Towers has a lot of overlap with Tisha BA’v.