Earlier this week on May 17th, Mets outfielder Kevin Pillar got struck in the face with a fastball:

Video of the incident (if you really wanna see it)

The pitch was thrown by Braves reliver Jacob Webb.

Kevin Pillar’s birthday is January 4th, written 1/4 or 4/1. Notice the number 41 on his sleeve – that patch is being worn by the Mets this season to commemorate hall of famer Tom Seaver, who passed away on August 31st, 2020.

The at-bat was against the Atlanta Braves.

Seaver’s final season was in ‘86

The fastball was thrown at 94 miles per hour

Seaver died in Calistoga, California. The date of this injury was May 17th, or 17/5.

Tom Seaver would be 76 years old.

The date had Primary numerology of 63 and 27, syncing up with the name of the pitcher who struck Pillar, Jacob Webb:

This was the aftermath: 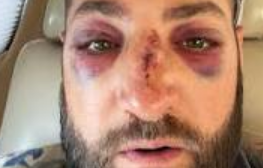 The pitcher’s last name Webb stood out in light of the giant web we’re living in that I decode on a near-daily basis.

Pillar was born on a date with a Life Lesson number of 32:

I find it intriguing that Pillar plays for the Mets, while I just made this post involving a Mets player. That player, Tim Tebow, wore #85 for the Mets, which will also be his new number for the Jaguars. 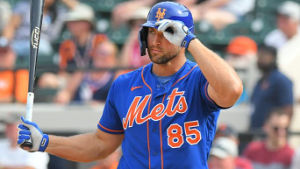 Kevin Pillar was born 509 days after Tim Tebow, who just signed with the Jaguars:

Pillar was taken 979th overall in the MLB Draft

The return of Jesus is mentioned 318 times in the New Testament. Tom Seaver died on 31/8 last year.