The CyberAttack from a group in Russia culminated on May 7th, written 7/5.

The date of the real damage had Primary numerology of 53:

President Joe Biden declared a national emergency on May 9th, a date with 55 and 35 numerology, in response to the attack from the hacking group called DarkSide: 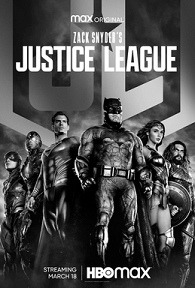 This film featured the first-ever live-action portrayal of the supervillain Darkseid.

The two dates of the CyberAttack by the DarkSide hacking group were both 7 weeks, 1 day after the release of the Snyder Cut:

The Dark Side of the Moon

Zack Snyder, whose name is on the film, is 55 years old, like the date numerology of the emergency declaration. His birthday is March 1st.

That’s the same date as one of the best-selling albums of all time, Pink Floyd’s The Dark Side of the Moon:

The album’s release had Primary numerology of 96:

The current president of Russia is Vladimir Putin.

“DarkSide” reminds me of the “Dark side” of the Force from Star Wars, which was mastered by Darth Vader.

I’ve been talking a lot about this month’s significant Total lunar eclipse. The group DarkSide has matching 203 gematria with Colonial Oil Pipeline:

The major part of the attack was on May 7th, or 5/7. This is a big number connected to the Moon, which has a 57° range of declination.

The number 108 is particularly relevant to lunar eclipses. The Moon is an average of ~108× its diameter from Earth, and the Sun, which is ~108× the width of the Earth, is also 108× its own diameter away:

DarkSide is located in Russia. The date of the malware attack, May 7th, was the anniversary of Putin taking office in 2012.

This means they were beginning their 109th month / day in office.

The number 19 is highly-significant to the Moon, as that’s how many years are in the Metonic cycle.

The CyberAttack fell a span of 68 days after the anniversary of the release of The Dark Side of the Moon: