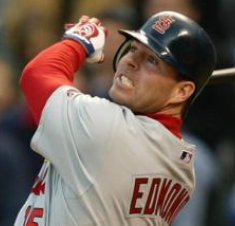 In my last post, I explained how Ken Jennings’ 2004 winning streak on Jeopardy! was connected to the 2004 Red Sox breaking their losing streak and winning the World Series.

In the middle of that post, I made brief mention of Jim Edmonds. The reason he came to mind is because Ken Jennings was born in Edmonds, Washington. The Red Sox defeated St. Louis, and one of their star players was Jim Edmonds, who won a Silver Slugger Award with them that season.

74 and 115 were the key numbers coded into Jennings’ streak and the Red Sox’ World Series.

Then I remembered that back in 2019, I made a post in the “Organic Matrix” section of my blog about a synchronicity in the news about Jim Edmonds:

Of course, who knows how “organic” anything truly is. But the eclipse code was my primary focus in this post, just as it was in the Ken Jennings decode. Notice how the same two numbers are mentioned – this story happened 115 days after the eclipse on a date with Primary numerology of 74. 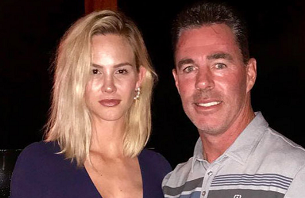 Edmonds has Primary birth numerology of 122:

Alex Trebek’s first episode of Jeopardy! was on another date with Primary numerology of 122:

Consider how the second-longest streak in Jeopardy! history belongs to James Holzhauer, who shares the same first name with James Patrick Edmonds.

Alex Trebek was born in the year ‘40.

Jim Edmonds’ last MLB game fell on a date with Standard numerology of 40:

His first Major League game was also on a date with numerology of 40, as well as 130:

So I thought – was this story about Jim Edmonds back in 2019 connected to the age of Ken Jennings?

His September 21st finale was also the 264th day of the year, leaving 101 days on the calendar:

74 is so often paired with 33, as explained in my last post. So it’s no wonder these two men are coded in the media together.

Jim played his final MLB game on a date with a Life Lesson number of 33:

Thirty-three has Ordinal gematria of 156, a significant eclipse number.

To highlight the importance of Jennings’ last Final Jeopardy! duel against Nancy Zerg, the third contestant finished with less than $0, meaning they couldn’t participate:

For you gamers out there, you’ll love this part of the riddle.

Notice how Zerg is wearing a rather standout shade of red. The Zerg race in the game StarCraft is shaded red: 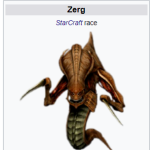 StarCraft is no small fish – it’s the video game that essentially made E-Sports a real thing, especially in South Korea, and was one of my favorite games as a teenager.

But why would a game be attributed like this? The answer of course lies in the numbers.

StarCraft was released on a date with Reduced numerology of 34:

Jim Edmonds was 34 years old when the Zerg (Nancy) took down the Terran (Jennings).

StarCraft was released on 3/31

Alex Trebek died on the 313th day of a leap year:

Ken’s winning streak ended on a date with Primary numerology of 65:

Worth noting that Jennings was born on the date leaving 222 days in the year:

113 is the primary number of deception.

He made his Major League debut on the date leaving 113 days before the year ‘94.

I pointed out how StarCraft was released on March 31st, or 3/31. This is the same date as the release of The Matrix just one year later.

331 is significant to the eclipse code, as it is one of only three numbers to have gematria of 1331 in the Latin cipher, with its inverse 133 being one of them:

Now excuse me while I climb out of my rabbit hole for the remainder of the evening.