More than 30 people have been confirmed killed, with another 200 missing, after a flood believed to have been caused by a glacial outburst in Uttarakhand, India.

This occurred on the 38th day of the year:

This glacier burst the same date as Super Bowl 55.

On June 20th, 2020, there was an annular solar eclipse. The point of greatest eclipse was directly over Uttarakhand, India: 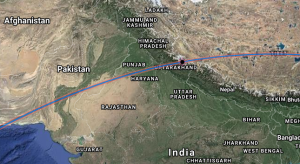 Uttarakhand has matching 70 gematria with climate change. The region features the Himalaya Mountains.

This is a number stamped on everyone’s favorite activitst, Greta Thunberg.