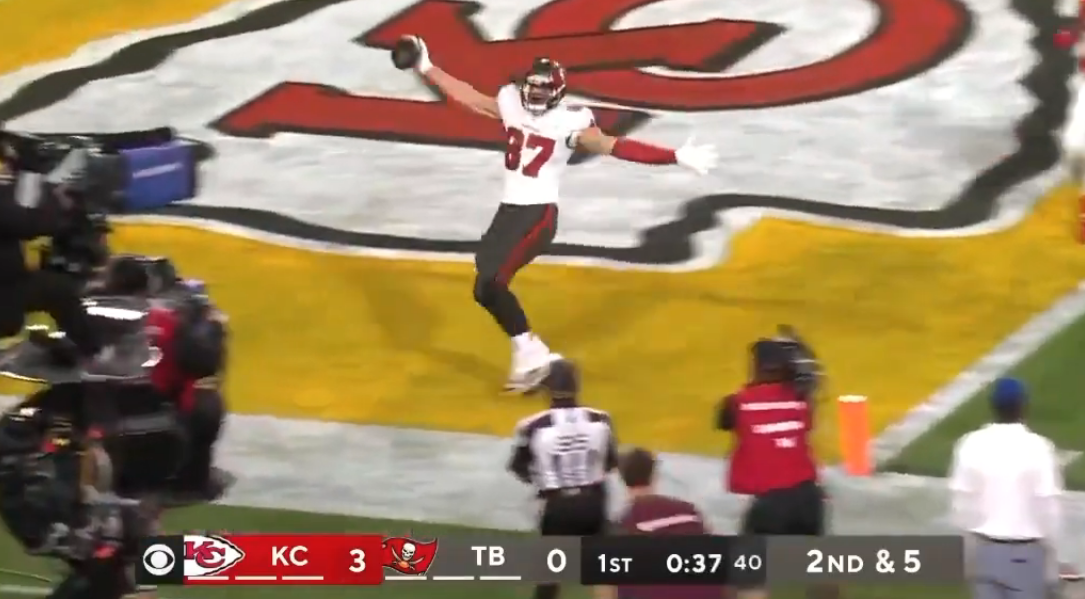 I was already tired of writing about the Super Bowl before the game was even played, but there were some things I wanted to make sure I noted.

Obviously, the 31-9 score was intentional. This was the number I led my last post before the game off with. My last post talks a little more about that. But there were a couple of other little rituals I noticed during the game.

In my post about the news story about Robinhood, I suggested Rob Gronkowski may play a big role in the game. He ended up scoring the first two touchdowns for the Buccaneers.

Gronkowski’s first touchdown made the score read 3-7. He crossed the goal line with 37 seconds on the clock:

Rob has Reduced birth numerology of 37:

As I pointed out a couple of months ago, the primary number of this Super Bowl was 666.

With 2:38 on the clock, a Buccaneers player went down with an apparent cramp: 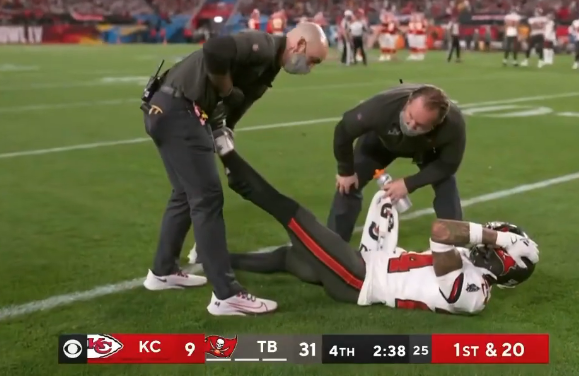 Because I is the 9th letter, his name essentially contains an upside-down 666. I’ve documented similar examples with 50 Cent and Bill Gates.

His name has matching Jewish gematria with Beast.

Some people equate the Beast to Satan. Davis‘s name is a tribute to Super Bowl LV, or 55.

His name also matches the gematria of Raymond James, the stadium the game was played in.

This game was played exactly 444 weeks after the death of Andy Reid’s son. KC entered the game with 444 losses all-time.

Tyrann Mathieu had a big interception negated by a penalty that led to a Buccaneer touchdown. He was also a point of focus when Tom Brady got in his face not long after committing an unsportsmanlike conduct penalty. Notice how he has the word King conspicuously tattooed onto his left forearm: 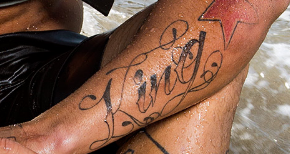 This is the Ordinal gematria of The Weeknd.

The mother of winning coach Bruce Arians was in the stands for the game. He made it a point to mention her age of 95 years old.

The symbolism was obvious. Tesfaye wore red, was surrounded by masked men in red, and his performance ended with the stadium bathed in red lights as the performers all played dead around him:

Could they have made it any more clear when they descended a red-eyed “dark angel” into a crowd of others during eerie choir chants?

The idea that most people are watching these shows while being completely oblivious to the overt symbolism is difficult for me not to find humorous.

The Kickers played an important role in the riddle for Super Bowl 55.

The longest made field goal in Super Bowl history is 54 yards. No other kicker had ever made a field goal longer than 51 yards in the Super Bowl.

However, in this game, both kickers made the second-longest field goal in Super Bowl history. In the second half, Harrison Butker and Ryan Succop both nailed 52-yard field goals. Succop has a Life Lesson number of 52:

Ryan Succop was born on September 19th, or 19/9. This is the Reverse gematria of his kicking counterpart, Harrison Butker.

Recall how Tom Brady, who went to Michigan, and now plays for the Buccaneers, was picked 199th in the NFL Draft.

Chiefs’ kicker Harrison Butker made three field goals, accounting for all 9 of the Chiefs’ points. His 49, 34, and 52-yard field goals yield a sum of 135 yards. This means his three kicks were an average of 45 yards away.

This is the base gematria of his kicking counterpart, Ryan Succop: