Today has Primary numerology of 59:

Trebek hosted his first episode of Jeopardy! on September 10th, 1984, meaning he died 59 days after the anniversary of his debut:

Alex Trebek, the host of Jeopardy, has passed away at the age of 80.

Trebek had Primary birth numerology of 88:

He died in the year 2020. His full name is George Alexander Trebek.

George Trebek sums to 118 in the alphabetic order.

Trebek succumbed to a long battle with cancer.

Trebek died during the time of Scorpio, which is the Detriment of the planet Venus. He was 118 days after his 130th Venusian birthday.

Last year, I made this post explaining how the Jeopardy! win streaks of Ken Jennings and James Holzhauer were eclipse riddles. Jennings, who was born in ‘74, had his 74-game win streak ended on 11/30, the date of the ultimate eclipse. Holzhauer’s streak ended in his 33rd game.

Each episode of Jeopardy! begins with the phrase This is Jeopardy! 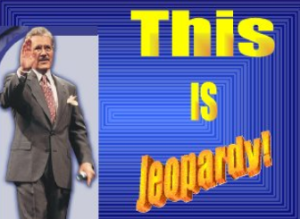 Trebek has Standard birth numerology of 69:

151 is the 36th Triangular number
He died 36 days before the 2020 total solar eclipse
He has hosted Jeopardy! for 36 years

Tomorrow will be 178 weeks before the second Great American Eclipse. The date he died was a span of exactly 168 weeks after the first: