On the date Donald Trump was born, there was a total lunar eclipse. The crucifixion of Jesus Christ is believed to have occurred on April 3rd, 33 A.D.:

On this date, there was a partial lunar eclipse.

In Jewish gematria, thirty-three has gematria of 895. This is the same value as Judas and Ritual human sacrifice.

The name Jesus is 985 in that cipher, a rearrangement of those same digits. Donald Trump sums to the reverse of that number, 589.

Trump’s grandmother’s name was Elizabeth Christ. His father’s name was Frederick Christ Trump. Donald was born on 14/6/1946 and took office in 2017 after his election in 2016.

Dropping the Jewish cipher to an Ordinal base, we find that ritual human sacrifice sums to 202. This is the English Ordinal value of total solar eclipse.

2020 is the midway point of the two Great American Eclipses:

The exact midway point of these eclipses is December 14th, 2020:

On December 14th, 2020, there is a total solar eclipse. On that very same date, the electoral college will meet and cast their ballots, making the end of Trump’s presidency official.

The election was called for Biden 74 days before Inauguration Day, or 1/20. Donald Trump was diagnosed with Covid on 10/2, a span of 74 days before the eclipse:

This is the gematria of Jesus in Ordinal.

Biden was 77 years old and 13 days before his next birthday when the networks called the election in his favor:

By the end of the day, Biden had amassed 290 projected electoral votes:

It’s a well-received notion that Jesus is quite possible an allegory for the Sun. Jesus is believed to the the son of God. 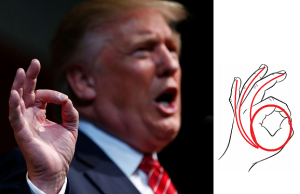 We now focus on the Ordinal values of Donald Trump, which match The Crucifixion of Jesus Christ in Reduction.

In the Ordinal ciphers, The Crucifixion of Jesus Christ sums to 336 and 393.

The 1331 eclipse was November 30th. This was a total solar eclipse whose path of totality never crosses a major of body of water. This may be the only one in catalogued history with this property (excluding very short eclipses on Antarctica): 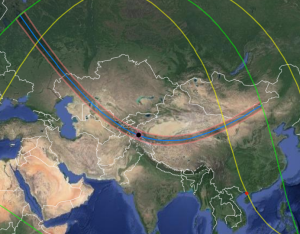 The last time a total solar eclipse went coast-to-coast in the United States prior to 2017 was in 1918, the same year as the Spanish Flu pandemic.

November 30th could also be written as 30/11. The World Health Organization declared a coronavirus pandemic on 3/11, shortly after the huge death of Kobe Bryant. Recall how Election Day can also be written 3/11. This is connected to 666, the number of The Beast.

Joe Biden sums to 64. He’s set to become the 46th President. This is the gematria of sacrifice, which matches Biden-Harris and solar eclipse.