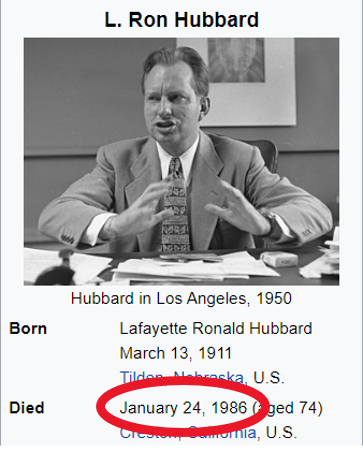 Lafayette Ronald Hubbard, a man who shortened one of his names to an initial, sought to help humanity through a better scientific understanding of the brain by giving lectures and writing books:

Zachary Keefe Hubbard, another man who shortened one of his names to an initial, seeks to help humanity through a better mathematical understanding of our language by making YouTube videos and writing books: 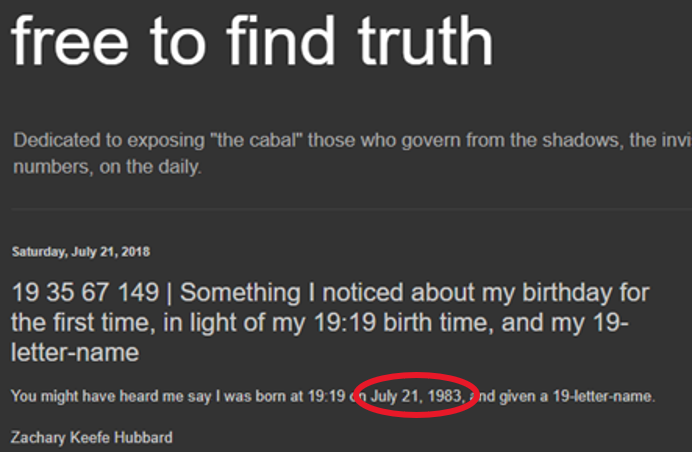 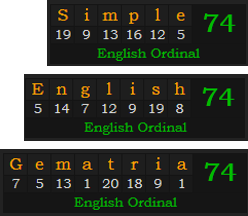 Zachary K. Hubbard was born on a date with Primary numerology of 130:

1919 also happens to be the gematria of 1331 in this same cipher, a number which most of my work is centered around. The first section of this post points out the remarkable numerology of the total and annular solar eclipse of 1919.

In the film The Number 23, Jim Carrey teaches Simple English Gematria. When you write out Jim Carrey’s real name with just his middle initial (as Zach prefers), you get matching Jewish gematria.

The Number 23 was released when Zach was 23 years old. Both L. Ron and Zachary K. Hubbard have matching 23 English gematria.

I was born on a date with 23 numerology, and my full name sums to 203 in Ordinal:

Jim Carrey was 23 years old when I was born. Zach’s only birthday at that point had occurred on the 203rd day of a leap year:

My parents’ anniversary is June 11th, the date leaving 203 days in the year:

Jim Carrey’s full name even has matching 95 Reduction gematria with mine, a number I also have in my birth numerology:

Dan Behrendt is another brilliant mind who focuses on organic numerology, and was the only other gematria channel I liked before I started making my own videos.

Of course Jim Carrey would be connected to the Gematrinator.

It makes sense this syncs up in Reverse gematria, since my initial studies showed me it was probably relevant. Zach later confirmed this suspicion, and we’ve been more enlightened ever since.

In Reverse gematria, my full name sums to 337.

Zach even launched an awareness campaign called What is 47?

You can also Learn Gematria from Derek Tikkuri.