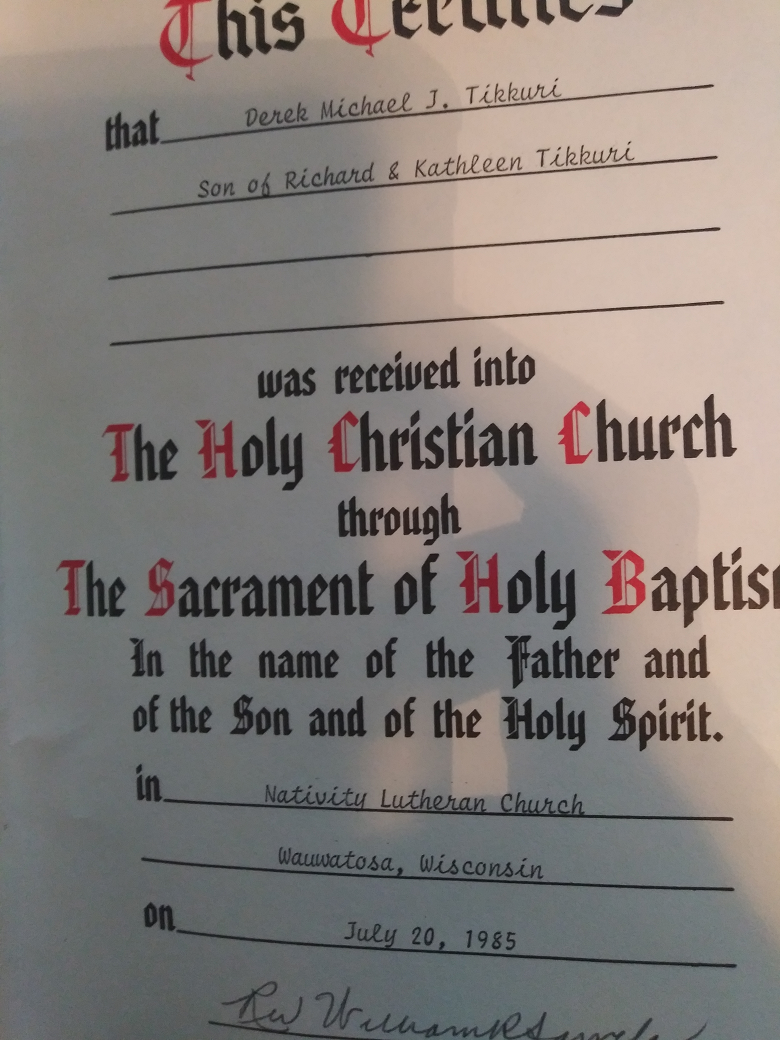 Earlier today, I made this post about the baptism of Justin Bieber and Hailey Baldwin.

After finishing the post, I started doing some yard work. While I was taking a break, my dad called me to let me know he was on his way over. He said he wanted to drop off some old pictures and other things from my childhood.

Among those other things was my original Certificate of Baptism: 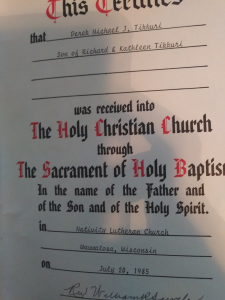 I’ve never made a post about a baptism before. What are the odds that….ah, nevermind.

I was baptized on July 20th, which is the anniversary of the Moon landing.

It’s funny that my work is significantly-centered around the number 1331, particularly in the Jewish cipher. My mom uses her maiden and married names on Facebook, yielding a 1331 in the same cipher.