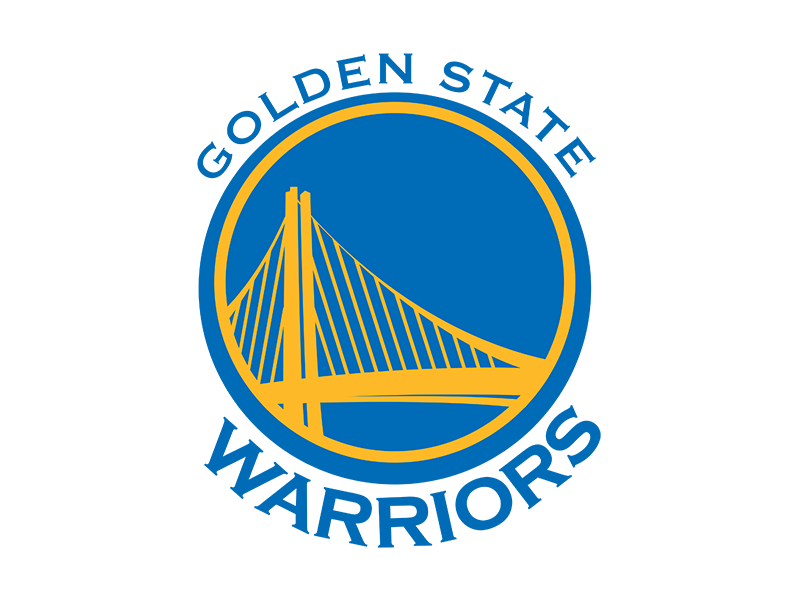 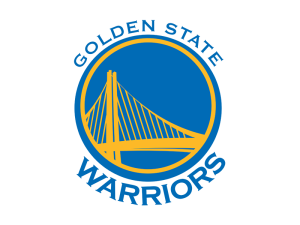 The Golden Ratio is 1.618. Golden State Warriors has  full gematric overlap with the phrase one point six one eight.

The Golden State Warriors’ 2015 NBA Championship, which was their first in forty years, was a tribute to the Golden Ratio. Both Golden and Golden Ratio (1.61) sum to 57.

The Golden Ratio is found in the geometry of the Moon, which has a 57° total range of declination.

The Warriors defeated The Cleveland Cavs to clinch the NBA Finals on June sixteenth, a date with Primary numerology of 57:

The first three digits of the Golden Ratio are 1.61.

Golden Ratio and Phi Ratio both sum to 120.

The coach who led the Warriors to their victory was Steve Kerr.

Kerr was born in Beirut, Lebanon on a date with 120 and 57 numerology:

In Jewish gematria, fifty-seven sums to 1361.

The losing head coach was David Blatt, who is Jewish. His names sum to 570 in Sumerian:

Blatt sums to 223 in Jewish gematria, the Hebrew value for The Moon. There are 223 lunar phases in the Saros cycle.

He squared off against Steph Curry and Klay Thompson in the NBA Finals.

If you divide the diameter of the Moon by the diameter of the Earth (2160÷7920), you get a quotient of 0.272 repeating. The square root of the Golden Ratio is 1.272. In 2014-2015, Steph Curry broke his record of 272 three-pointers in a season. This is the Hebrew gematria of David Michael Blatt, and the Reverse value of Steph Curry & Klay Thompson.

David Blatt was born on May 22nd, written 22/5 internationally. 225 is 15 squared – this was the ’15 NBA Championship. The Golden Ratio is also known as Phi.

The Moon never gets closer than ~225,000 miles to Earth. The most significant cycle of the Moon is the Metonic cycle, credit to the astronomer Meton.

Cleveland has Reduction gematria of 33 and 48, matching the Ordinal values of Phi. Their coach Blatt has 330 and 480 Sumerian gematria:

In Sumerian gematria, Phi sums to 198, which is 168 flipped upside-down. The Warriors defeated LeBron James and the Cleveland Cavaliers in Quicken Loans Arena on the date leaving 198 days on the calendar:

In Reduction, one point six one eight sums to 90, like Golden State Warriors.

The Golden Ratio is also called the Golden Mean, which has matching 90 gematria with The Moon. Cavaliers also sums to 90.

Notice how the digits in the Golden Ratio, one six one eight, sum to 1168 when spelled out.

These numbers are found in the Jewish gematria of The National Basketball Association.

Steph Curry was born during the 168th week after LeBron James’s birth. Both men were born in leap years. The date the Warriors won the championship, June 16th, is the 168th day of a leap year:

In Jewish gematria, one point six one eight sums to 977, the 165th Prime number, connecting us to the host city of Cleveland.

The Golden Ratio is an irrational number.

Using the alphabetic order, Phi – Golden Ratio sums to 153. During the season, Steph Curry broke his own NBA three-pointer record. 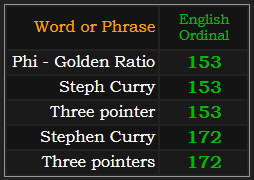 It’s worth noting that 153 is the 17th Triangular number, and “NBA” = 17 (Ordinal). Steph Curry II defeated the Cavaliers.

In Ordinal, the word irrational sums to 117. This is the same gematria of sectio aurea, the Latin name for the Golden Ratio. It’s also the Reverse value of Steph Curry, the Warriors’ league MVP.

The Golden State Warriors defeated the Cavaliers, coached by David Michael Blatt, in Quicken Loans Arena, which opened on the date 10/17.

The arena opened in 1994, and the Warriors’ championship season began in 2014. The climax was a match-up between LeBron James and Steph Curry.

Pi Day was founded in the year ’88. Steph Curry was born on the first Pi Day on 3/14/88. Adding Steph Curry & Klay Thompson yields the same Reduction gematria as Pi.

Coach Kerr has matching gematria with Pi. Opposing coach David Blatt was 25 days after his birthday when the Finals ended.

Pi sums to 25 in Ordinal based on the equation 16+9. Klay Thompson was 25 years old when the Warriors won.

The Warriors’ 2015 championship concluded their 69th season of the franchise. It was also the NBA’s 69th season. They defeated the Cleveland Cavaliers on June sixteenth to clinch The NBA Finals.

The Sun passes Saturn every 54 weeks. The MVP of the sixty-ninth season was Steph Curry.

The number 69 has matching gematria with 57, which was the number I led this post off with. Warriors coach Stephen Kerr also shares this number:

Phi and Pi both have gematria of 95.

On the date the Warriors won the title, Steph Curry was a span of 95 days after his birthday, and a total of 9955 days old:

The coach of the Cavs, David Blatt, sums to 95 in multiple methods.

175 is also the Reverse value of Golden State, syncing up with both Steve Kerr and Kerr in Jewish.

Steve Kerr was born on the date leaving 95 days on the calendar:

The Cavs would exact revenge against the Warriors, defeating them in an NBA Finals rematch in 2016.

Klay Thompson was a span of 4 months, 9 days (or 129 days) after his birthday when the Warriors won:

If you reverse the equation 22÷7 to 7÷22, you get 0.318…
The Golden State Warriors, who used to be the Philadelphia Warriors, defeated the Cleveland Cavaliers.

A very curious detail about LeBron James and Steph Curry is that they were both born in Akron, Ohio.

It was the first coast-to-coast total eclipse over the United States in 99 years. The second Great American Total Solar Eclipse will occur on the 99th day of a leap year: