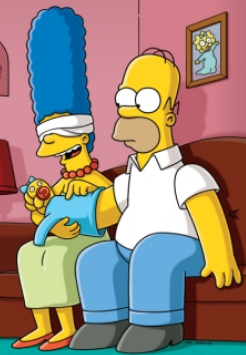 In this episode, Marge becomes blinded by looking at a solar eclipse. 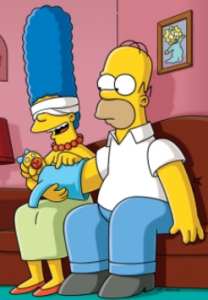 This was the 433rd episode of The Simpsons:

Yesterday, I made this post, which explained how Who Shot Mr. Burns?, the episode in which Mr. Burns creates an artificial solar eclipse over Springfield, was a tribute to the total maximum eclipse of 1991. That eclipse was part of Saros series 136.

The next eclipse from Saros 136 did not occur until 2009, the same year this Simpsons episode aired. The date of this total eclipse was 7/22, also written 22/7. In Hebrew, total eclipse sums to 227.

It was on a date with Primary numerology of 47:

The episode begins with the Simpson family falling out of a piñata.

Matt Groening was a span of exactly 2,874 weeks old.

The production code for this episode was LABF04. 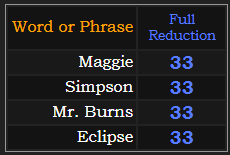 Remember…you will not go blind if you view a total eclipse. There is nothing remotely damaging about looking at the Sun during totality! In fact, it might just be the most beautiful thing you will ever see. Don’t let these soul-sucking lizards rob you of the creator’s most beautiful piece of work.

If you stare at the Sun before or after totality, you’re just an idiot.