Before reading this post, make sure you’ve read my decode on the state of Minnesota. Here, I will explain how the eclipse crucifixion code played out through the ritual “death” of George Floyd.

He was born on a date with Primary numerology of 116:

Recall how 11/9, or September the eleventh, was the date of the largest eclipse crucifixion ritual of all time.

In Jewish gematria, Jesus the Messiah sums to 1331.

My post on the numerology of Minnesota’s admission to the union explains how it is connected to the number 1331, which is paramount to the eclipse code. The name Jacob sums to 13 and 31.

Jacob Frey was born on a date with 130 and 31 numerology:

The killing of George Floyd fell 2 years, 4 months, 23 days into Frey’s term as mayor. The Great American Twin Eclipses are separated by 2423 days. 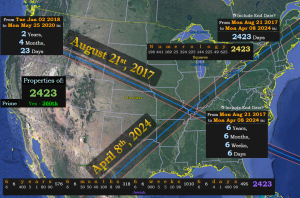 Minnesota became a state 38 days after the Gregorian anniversary of the crucifixion of Jesus, on a date with 38 numerology:

George Floyd was friends with Stephen Jackson, a former NBA player. Floyd, who was put to sleep by an officer, graduated high school in Houston in ’93. ’93 was the last season that “Sleepy” Floyd played for the Houston Rockets of the NBA.

Sleepy Floyd’s first name was Eric, which provides another link between this case and that of Eric Garner, who also said “I can’t breathe” while being choked out by a policeman.

Sleepy Floyd’s full name sums to 226, a number heavily-connected to 33.

On the date Floyd was put to sleep, Jacob Frey was 2026 weeks old. When protests turned violent, he had just turned 2027 weeks old:

Jacob Frey was sworn in on January 2nd, 2018, written 1/2/18. This is the Reverse Sumerian value of Derek Chauvin, the officer charged with killing George Floyd.

In English, Derek Chauvin sums to 895, a number extremely-significant to the story of Jesus‘ betrayal by Judas at the age of thirty-three, leading to his ritual human sacrifice.

It was exactly 202 weeks before the second Great American Eclipse. The nation learned about the story the next day, which was 202 days before the 2020 total solar eclipse, which sums to 202 in Ordinal:

The incident was filmed by Darnella Frazier. 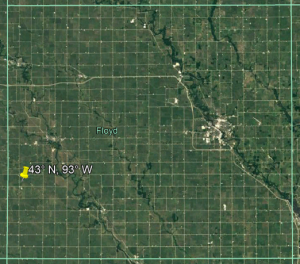 Both Floyd County and Floyd, Iowa have overlap with Minnesota.

Floyd, Iowa sits on the 43rd parallel and has 43 gematria just like George Floyd.

The most famous athlete named Floyd is Floyd Mayweather, who despite retiring in 2015, made a one-fight comeback in 2017, the same week as the first Great American Eclipse.

Jesus will fill your Cup. Floyd was killed outside of Cup Foods.

In Extended, Cup Foods sums to 603. This Memorial Day ritual was to re-create the Crucifixion of Jesus Christ.

This particular lodge is #224.