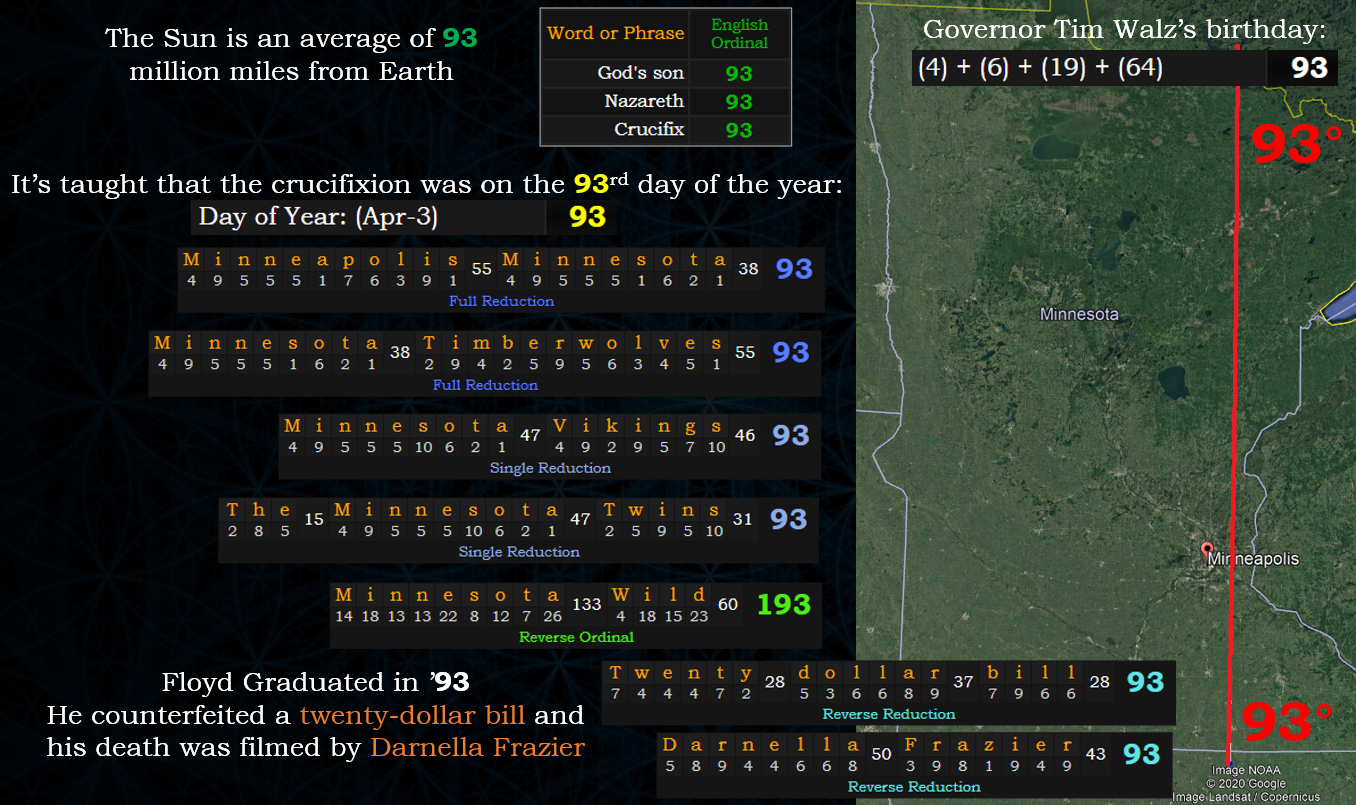 93 is the primary number connected to Minneapolis, Minnesota (click for larger image). 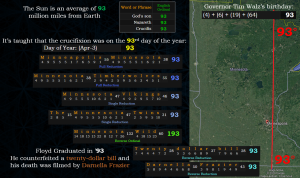 George Floyd graduated high school in ’93, in his original hometown of Houston, Texas. He was classmates with former NBA player Stephen Jackson, who was apparently such a good friend of George, he called him his “twin”.

Floyd was killed in Minneapolis, which along with St. Paul is one of the twin cities. Their baseball team is called the Twins.

Minnesota Governor Tim Walz had been in office for 1 year, 139 days on the date of Floyd’s death:

Because George Floyd was from Houston, he was a fan of the Rockets.

’93, the year Floyd graduated, was the final season that “Sleepy” Floyd played for the Houston Rockets. 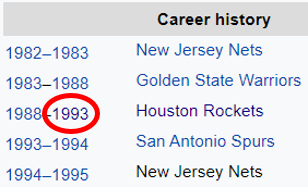 In Ordinal, basketball sums to 85 and 185. These digits are both found in the gematria of both the Minnesota governor and the Minneapolis mayor. Notice how they’re also tied to the crucifixion code.

Floyd died on 38th Street
His license plate was BRJ 026

Sleepy Floyd’s first name was Eric. Consider this in light of the fact that George Floyd’s death is connected to the death of Eric Garner, another black man who was choked out by police while saying “I can’t breathe”.

See my post on the Jesse Jackson connection to see how the number 78 was coded into this ritual.