Last week, I predicted that May 11th would be the date of an eclipse sacrifice. As explained in my presentation on the eclipse crucifixion code, it’s usually a rapper who dies in these rituals.

Although rapper Nick Blixky was murdered in Brooklyn late on Sunday night, it did not make the news until today, May 11th. We first begin with the Ordinal value of Nick Blixky, which is 120.

Blixky’s real last name was Thompson, which also sums to 120:

This is the Reverse value of eclipse.

One of the main reasons I expected May 11th to be a big date was because of its alignment to the 2024 Greater American Eclipse.

Last week, we learned about the death of Kiing Shooter, who died at the age of 24 years old on the date leaving 204 days in the year. He had released two EP’s – one on the 24th of the month, and the other on 20/4, which fell a span of 240 days later.

Notice how Blixky’s stage name combined with his real name sums to 240:

Just a few hours before his death, Blixky’s last Instagram post was the art for his upcoming album called Different Timin. 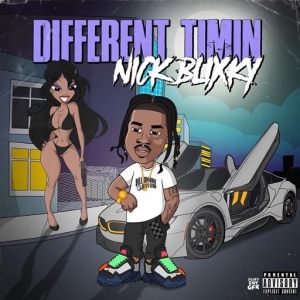 In English Extended, the text on the album cover sums to 2126:

Police were called about his murder at 2126 hours:

The number 666 is connected to eclipses. The Earth’s axis is tilted 66.6° angle from the plane of the sun.

In Reverse Reduction, the text on Blixky’s album cover sums to 142.

Notice how Blixky’s Instagram page has 44.8k followers as news of his death is breaking:

It’s widely-believed that Jesus was crucified at the age of 33. Crucifixion of Jesus Christ sums to 303 in both English and Jewish gematria.

The number 33 is heavily-connected to 226, which is the Reverse value of the album’s name.

While I’m not able to find a birthday yet, we know Nick Blixky was called at the age of 21.

During a solar eclipse, the Moon covers The Sun.

His upcoming album has gematria of 443.

The Metonic cycle is 19 years in length. Sun begins with the 19th letter.

This was a murder for a total solar eclipse.

There are 223 months in the Saros cycle, which is what allows us to predict the next lunar or solar eclipse. The Hebrew word for The Moon sums to 223.

Nick Blixky was originally a member of the Blixky Boys.