Doug Miller and The Moon

Miller’s full name sums to 283 in Reverse, the Jewish value of The Moon.

Miller played his entire 23-game career for the San Diego Chargers (now the LA Chargers), who were 2083 weeks exactly one year after his death in 1999, which has an upside-down 666. 999 is also found in the gematria of both San Diego Chargers and The Moon.

Notice how Miller has the same gematria as both lunar and eclipse. The Sun is 93 million miles from the Earth.

In his NFL career, Miller wore a lightning bolt on his helmet. His cause of death? A bolt of lightning. 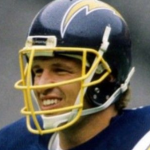 News of his death was first published on the 203rd day of the year:

Doug Miller died on a date with a Life Lesson number of 55:

He was struck by lightning.

The Chargers were established on a date with Primary numerology of 100:

Doug Miller played in Super Bowl 29, which was held on the 29th day of the year:

Miller was born on the 29th day of the month, on a date with Primary numerology of 127:

The date of that story had Standard numerology of 127:

Miller’s date of death leaves 163 days in the year:

38 is the number coded into the Murder by Numbers poster.

The word for Moon sums to 38 in Ordinal.

Douglas, who played for San Diego, died in Colorado on a date with a Life Lesson number of 38:

His death fell a span of exactly 38 weeks after his birthday, and 3 months, 8 days before his next:

San Diego has the same gematria as sacrifice. 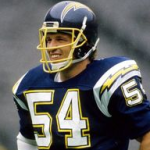 Doug Miller was an eclipse sacrifice.

He was born 14 weeks, 2 days after man is said to have first walked on the Moon. His birthday was 14 weeks, 3 days after the Moon landing itself:

Miller played 23 games in the NFL for San Diego, who had a lightning bolt on their helmet.

A lightning bolt killed him on the 202nd day of the year:

223 is the Hebrew value of The Moon. This number comes from the Saros cycle.