The sports world of Wisconsin is apparently confused at the first-round selection of a quarterback. The Packers currently have Aaron Rodgers, one of the best quarterbacks of all-time, and a man who has stated that he wants to end his career in Green Bay, locked up for four more years.

You have to admit, it’s pretty funny a guy named Jordan Love is in the headlines while the nation is falling in love with Jordan as ESPN airs a new documentary about his final year in Chicago, which was the same year Jordan Love was born. As always, gematria and numerology hold the answers to the riddle.

Love was born in 1998, the same year the documentary takes place. His birthday is November 2nd, or 11/2.

When Jordan was 14, his father Orbin Love allegedly died of suicide.

Jordan Love sums to 116 in Ordinal. This is the Reverse value of Packers.

He’ll be backing up Aaron Rodgers, who was born on a date with Primary numerology of 116:

Adding the two quarterbacks’ names together sums to 116 as well.

Jordan Love and Aaron Rodgers were both born on the 2nd day of the month. Their birthdays are separated by exactly 179 months:

179 is the 41st Prime number
Rodgers was born exactly 4 years, 1 month after Matt LaFleur
He will be backing up Rodgers in Green Bay

In Reduction, Jordan Love sums to 44. He’ll be playing for the Packers at Lambeau Field in Wisconsin.

44 is the Hebrew value of circle.

In English, the O, or circle, is the 15th letter of the alphabet.

This is the Ordinal value of Green Bay Packers.

Packers sums to 73 in Ordinal.

Mathematics of the circle, and mathematical perfection, both sum to 666 in Jewish gematria.

Six hundred sixty-six sums to 2038. This is the same value we get when we add the gematria of Aaron Rodgers and Jordan Love.

The first round of the draft was 62 days before Freemasonry’s anniversary: 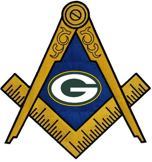 Capital G has gematria of 33 and 13 in the two capital letter ciphers.

Modern Freemasonry turns 303 this year. The 33rd degree is allegedly the highest degree of Masonry.

Snopes.com Created By the Numbers
The Space Needle’s Relation to Covid-19 and the 666 Code