Tonight, a documentary about the Chicago Bulls called The Last Dance, directed by Jason Hehir, will air its first episode.

The documentary follows the Chicago Bulls during Michael Jordan’s final season in 1997-1998, which was 22 years before its debut in the year 2020.

The Bulls won 62 games in ’97-’98
The constellation Taurus is a bull
Venus, its ruler, is currently in Taurus
The documentary begins on the first day of Taurus

The Last Dance debuts on April 19th, which is 62 days after Jordan’s birthday:

The coach of the Bulls during filming was Phil Jackson.

The final episode of the series will air on May 17th, a date with Primary numerology of 62:

The current Commissioner of the NBA is Adam Silver, who was the head of NBA Entertainment while the documentary was being filmed. He was born in the year ’62.

His birthday falls a span of 299 days before Jordan’s:

The series’ final episode airs when Jordan will be 20909 days old:

Including the end date, the documentary begins 63 days after Jordan’s birthday:

April 19th has Primary numerology of 63:

He was born a span of exactly 6363 days after his coach Phil Jackson:

The ’98 NBA Finals began a span of 260 days after Phil Jackson’s birthday. His September 17th birthday is the 260th day of the year:

September 17th is the only date that can be written as 17/9.

Together, they won the NBA Finals to become NBA Champions a total of six times.

As great as Michael Jordan was, he didn’t win his championships on his own. Anyone even mildly-interested in basketball could tell you that Jordan’s most important teammate throughout the ’90’s was Scottie Pippen. This was the Bulls’ duo in the famous video game NBA Jam: 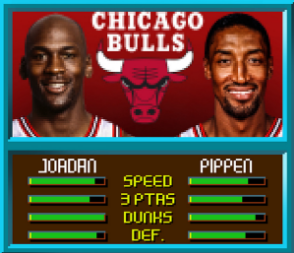 Scottie Pippen has the same gematria as Michael Jordan.

This is the gematria of Phil Jackson.

Jordan was a span of 118 days after his birthday during his final game, which took place on a date with Standard numerology of 118:

Michael Jordan shares 113 gematria with Kobe Bryant, whose five NBA championships were also coached by Phil Jackson. 113 is a number important to The National Basketball Association.

ESPN moved the air date for the series forward due to the coronavirus pandemic, which was declared as such by the World Health Organization on 11/3.

113 is the 30th Prime number. The border of Taurus falls on the 30th degree of the ecliptic. The Bulls defeated the Utah Jazz in 1998.

Jordan’s final season, which is covered in the documentary, ended in ’98.