This episode aired in 2010. Event 201 was a pandemic exercise conveniently held by the Bill and Melinda Gates foundation just several weeks before the outbreak of Covid-19. It was also Season 22 of The Simpsons, and the outbreak took over the world in 2020.

The coronavirus pandemic came on the heels of one of the most shocking deaths in American sports history when Kobe Bryant died in a helicopter crash. In this episode, a television executive is dropped off for a meeting at the Statue of Liberty by a helicopter. 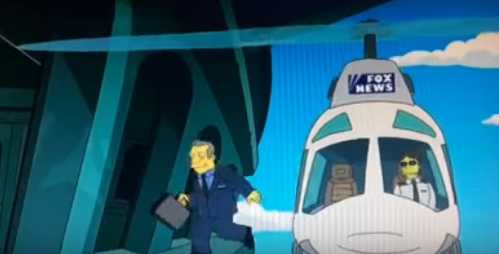 The rotors then strike the statue, sending the helicopter plummeting to the ground.

Kobe Bryant died at the age of 41.

Coronavirus was declared a pandemic on March 11th, or 11/3.

Mr. Burns is also in a helicopter in the final scenes of the episode. Nelson threatens to crash it.

The executive joins a round table of other bigwigs, who begin discussing how to create the next phony crisis for Americans.

Coronavirus was declared a national emergency on 13/03.

The leader of the meeting says “We’re here to come up with the next phony-bologna crisis to put Americans back where they belong: in dark rooms, glued to their televisions, too terrified to skip the commercials.” This is exactly what’s happening with coronavirus right now.

The executives then decide they need to come up with a new disease to which no one is immune. One man determines that simply telling people about it won’t work, and that a real deadly disease would need to be unleashed to the public. A man is injected with it to demonstrate. 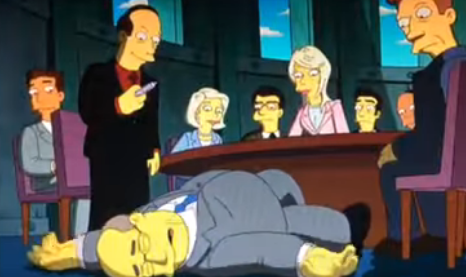 The men then decide to blame the disease on something in every household, which leads to a news segment from Kent Brockman discussing the new house cat flu. 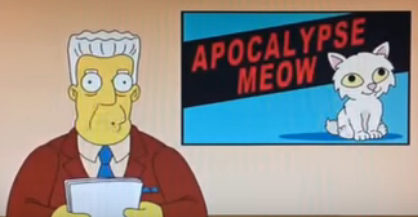 Today, the media told us that a cat was diagnosed with coronavirus after months of reporting that animals could not get it. Homer and Marge then play the role of average American and are so afraid of the report, they put their cat in a sealed bag. 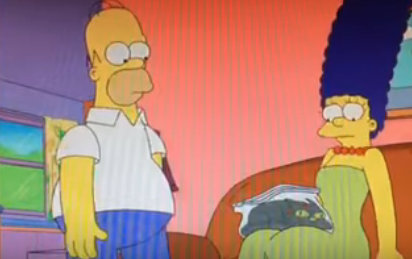 The media then increases its scare tactics, placing the news reporter in a Hazmat suit.

Mr. Burns drives through the line of people waiting to get the vaccine and is able to have a doctor administrate it to him through his nose. 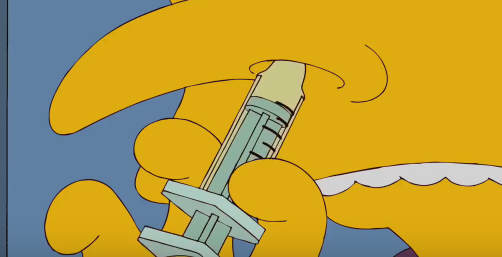 Mr. Burns says he feels great, but the doctor instead informs him that he is dying. He says he has 5-6 weeks, tops, to live.

Coronavirus was declared a national emergency on a date with 56 numerology:

Mr. Burns is one of the oldest characters in the series. Coronavirus is considered especially dangerous to the elderly.

There isn’t really any mention of the house cat flu in the rest of this episode, but this seems to qualify as predictive programming.

The first detection of Covid-19 was originally said to be December 1st, 2019, but this was later changed to November 17th. Notice how these dates are exactly 469 and 471 weeks after this episode aired:

This was the 470th episode of The Simpsons.

The original discovery date of the virus was on 12/1 in Wuhan, China.

I’ve been saying for a couple weeks now that this pandemic is the new 9/11. To be honest, it’s actually way bigger than 9/11. But notice how this episode aired a span of 9 years, 11 days before that December 1st date:

This syncs up with the episode’s name.