This week’s mass shooting in Milwaukee occurred at a brewery owned by MolsonCoors Beverage Company. The brewery is still adorned with the name Miller, which is now a subsidiary of MolsonCoors.

The MolsonCoors / Miller merger occurred on October 10th, 2016, and was finalized the very next day:

Both October 10th and October 11th (end date) are 139 days before February 26th, the date of the shooting:

The brewery used to be owned by MillerCoors

The shooting fell a span of 139 days before the 2020 Democratic National Convention, which takes place in Milwaukee this year. What a perfect opportunity for the Democrats to talk more abut gun control.

The Democratic National Convention in Milwaukee, Wisconsin begins on the date 7/13.

Amazingly, this is the Ordinal gematria of the five victims.

The shooting occurred on the first day of the 177th week since the merger:

The shooter’s name was Anthony Ferrill.

Milwaukee just turned 174 years old last month. Pontius Pilate is known for being the judge who ordered Jesus’ crucifixion. It’s believed that the crucifixion of Jesus occurred when he was 33 years old. How interesting is it that one of the shooting’s victims is a 33-year-old named Jesus?

The Governor of Wisconsin is Tony Evers, whose full name sums to 1506 and 1410 in Sumerian.

This is similar to the gematria of thirty-three, which is connected to 226.

Milwaukee’s police chief, Alfonso Morales, is also Hispanic. He was sworn in exactly 24 months, 11 days before the shooting:

The combined age of the five victims is 244.

Based on what I’ve found so far, it certainly looks like there is no hoax here – there really was a 33-year-old with this name who died. His funeral service is near my house on Monday.

The Governor shares the same first name, Anthony, with the shooter.

The mayor of Milwaukee, Tom Barrett, was a span of 81 days after his birthday:

MolsonCoors bought MillerCoors on October 11th, the date leaving 81 days in the year:

Milwaukee was chosen to host the 2020 DNC exactly 81 weeks after the 2017 Great American eclipse.

Evers is currently 68 years old.
He was born on a date with numerology of 86:

This is the gematria of Brewery shooting. Notice the overlap with full name of Milwaukee’s mayor, Tom Barrett.

The shooting occurred on a date with Primary numerology of 68. Notice how this number is found in the gematria of both MolsonCoors and MillerCoors:

The shooter’s name sums to 229 with capital letters.

2/29 is Leap Day, occurring only once every four years. Leap Day 2020 has significant alignments for Milwaukee, WI, which turned exactly 2089 months old on that date:

The state of Wisconsin was exactly 62,730 days old:

The shooting was 11 months, 5 days before Milwaukee’s anniversary:

It was 11 months, 15 days after Milwaukee was announced as the host of the DNC:

The man who allegedly committed the mass shooting was 51 years, 1 month, 5 days old. He killed 5 people, then 1 more (himself). 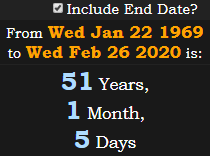 The city of Milwaukee was incorporated on a date with a Life Lesson number of 51:

His full name sums to 251 in Ordinal:

It was a span of 51 days after the anniversary of the date he took office:

It happened on the 57th day of the year:

In an unusual twist, the shooter was a black man.

The shooting was 3 months, 3 days (or 93 days) before May 29th, the date on which Wisconsin celebrates its anniversary of being admitted to the Union:

It’s only been three days since the shooting, but companies have quickly tried to capitalize on this event. Check out this Google search showing literally hundreds and hundreds of images of Miller Strong t-shirts.

This is part of the ongoing 612 code I’ve been showing for a couple of years. These same digits are found in the Sumerian gematria of the name of the shooter, Anthony Ferrill.

Wisconsin was admitted to the Union on the date leaving 216 days in the year.

I’ve been making blog posts and YouTube videos about numerology for over three years. During that time, I’ve been waiting for a major incident in the national news to occur in Milwaukee so I could maybe get a little closer to the truth.

On February 26th, the date of the shooting, I just happened to hop on an airplane for the first time in almost three years for a weekend vacation. The flight boarded at 2:07 pm.

The first reports of gunfire were at 2:08 pm:

So after all that waiting…something big happened here literally the minute I left.