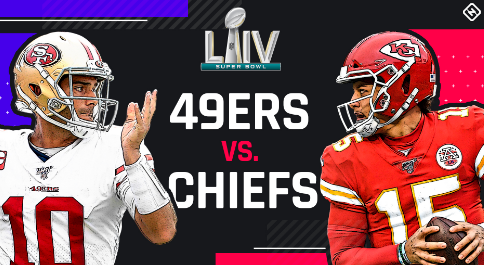 The matchup for Super Bowl 54 is set:

There are a few different themes with this game, but the most interesting one to me is the Joe Montana connection. Montana is one of the most legendary quarterbacks in NFL history – the two-time MVP winner has an unmatched 4-0 Super Bowl record, winning the game’s MVP award three of four times. Over the course of his career, he laced up for two different teams – the 49ers and the Chiefs, the same two teams who will appear in Super Bowl 54, which ends the 100th season of the NFL.

This post will explore another layer of coding – not only is this game closely-linked to Joe Montana, but it also is related to the State of Montana, which was the 41st State admitted to the Union.

This year’s Super Bowl wraps up the ’19 NFL season.

Montana was admitted to the Union in the year 1889

Bizarrely, this is the Jewish/Latin gematria of Joe Montana Bowl

The state of Montana’s nickname is Big Sky Country, which sums to 189, a lot like the year it was admitted. Notice the matching 162 value in Reverse with Joe Montana

Montana’s date of admission had numerology of 126 and 108

108 is a highly-significant number in the basic mathematics of the Sun and Moon.

The Sun’s diameter is 108× of that of the Earth’s. The Sun and Moon are both 108× their own diameter from the Earth.

Magic Square of the Moon

MOON…MONtana…On the date of Super Bowl 54, Joe Montana will be a span of exactly 3321 weeks old:

Andy Reid signed as head coach of the Chiefs 369 weeks before the Super Bowl:

The Governor of Montana, Stephen Clark Bullock, was sworn into office a span of exactly 369 weeks before this year’s Super Bowl. This is also a span of 7 years, 27 days, syncing up with his gematria:

The Magic Square of the Moon is 9×9

Ninety-nine and Super Bowl LIV both sum to 57, just like Moon. The Moon has a 57-degree range north and south of the equator.

The current quarterback of the 49ers, Jimmy Garoppolo, will be exactly 28 years, 3 months old:

Notice how Moon sums to 170 in that Jewish cipher. That’s the Ordinal value of Garoppolo’s head coach:

Garoppolo was traded to the 49ers 27 months, 2 days before the Super Bowl:

On the same date, his opponent Patrick Mahomes will be exactly 1,272 weeks old:

The Moon is the great circle in the sky

This year’s Super Bowl is the 50th since the AFL-NFL merger, considered to be the modern era:

This is the first Super Bowl the Kansas City Chiefs have played in 50 years.

They’ll go up against San Francisco

San Francisco’s coach, Kyle Shanahan, will be 50 days after his birthday:

Joe Montana will turn 64 years old in June, exactly 130 days after the game:

Meanwhile, the State of Montana is 130 years old, and the game falls exactly 40 weeks before its date of admission:

Measuring from that date of admission, November 8th, to the date of the game gives us 12 weeks, 2 days:

Both cities have 122 gematria in Ordinal:

Montana was born on the 163rd day of a leap year:

The Montana Bowl will take place while Joe is 63 years old. The State of Montana’s nickname is Big Sky Country, and the game will be played in Miami, FL