Edward Aschoff worked for ESPN, which was founded on September 7th, 1979. That date can be written as 7/9/79

It should be worth pointing out that 108 is 54×2. “ESPN” = 54 in both Ordinal and Reverse gematria. Meanwhile, pneumonia sums to 45 in both Reduction ciphers:

Aschoff was born in ESPN’s 2301st day since it was founded, syncing up with the Jewish value of his other diagnosis, hemophagocytic lymphohistiocytosis

An otherwise healthy man dying after a brief illness should qualify as a suspicious death. Either way, it occurred by the eclipse crucifixion code. Consider how total solar eclipse, blood sacrifice, and human sacrifice all sum to 67

Aschoff’s full and common names both have 67 gematria:

Hemophagocytic lymphohistiocytosis sums to 202 in Reduction, just like the Ordinal value of total solar eclipse

Without the S exception, the disease sums to 175

If we instead measure to the next total solar eclipse, we get a span of exactly 11 months, 3 weeks: 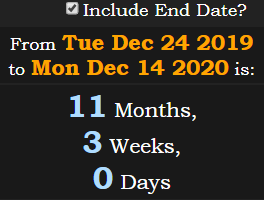 He was exactly 408 months old: