If you aren’t subscribed to Bobby Simpson’s YouTube channel, you’re missing out on some excellent knowledge that I believe is paramount to learning more about our divine matrix. Check out his video about Jimmy Garoppolo from last week.

In that video, which was uploaded a week ago, he explains how Garoppolo is the “Venus” quarterback, and that his game on Thursday Night Football on Halloween last night would be a numerical tribute to that fact.

Lo and behold – the big story from the 49ers’ game against the Cardinals was not his performance, but his post-game interview where he is believed to have hit on Erin Andrews.

Remember, Venus is associated with love and beauty. This is the Magic Square of Venus: 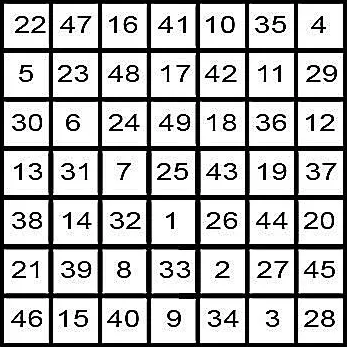 Adding every number in this Magic Square yields a sum of 1225. On the date of last night’s game, Garoppolo was 10225 days old:

Venus has an orbital period of 224 days. James Richard Garoppolo was born on November 2nd

When he was born, Venus was at its maximum elongation of 46 degrees. It was at the 173rd degree of the ecliptic. This is interesting because the 173rd Prime number is 1031, like 10/31, the date of last night’s game.

At the end of the game, Garoppolo is said to have hit on Erin Andrews

She was 180 days after her birthday:

As seen above, many news outlets called this awkward

Halloween has Jewish gematria of 1049

The 49ers won the game with 28 points, barely one day before Jimmy G’s 28th birthday.

I didn’t originally think to measure to eclipses, but I can’t help but point out the clear connections. Last night’s game, and the date of today’s news story, are 122 days after the most recent total solar eclipse:

San Francisco is situated on the 122nd meridian, and their team is named the 49ers. Today’s story is also 409 days (or 13 months, 13 days) before the next total solar eclipse: