The CEO of Oracle, Mark Hurd, has passed away at the young age of 62 after taking a leave for medical reasons a month ago.

He died on October 18th, the date written 18/10 internationally. His full name is Mark Vincent Hurd, which sums to 181 in Ordinal. 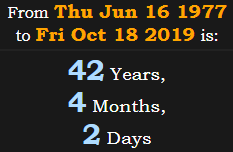 Oracle was founded on June 16th, the date written 6/16 in the United States.

Both Oracle and CEO Mark Hurd sum to 54

The name Mark Hurd sums to 94 in Ordinal. 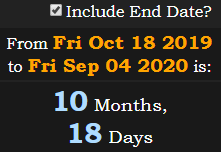 Oracle was founded on a date with 118 numerology:

His full name had matching gematria with ritual human sacrifice in other methods.

He died 3,329 days after being named CEO of Oracle:

The date he died had primary numerology of 67

He died 2209 weeks after Oracle was founded: