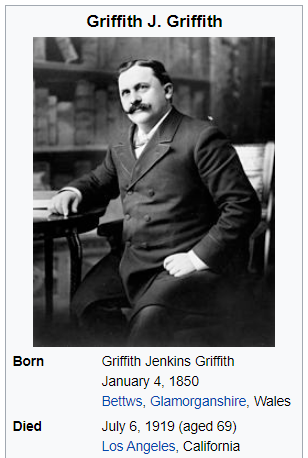 Since 1935, the Griffith Observatory has overlooked the city of Los Angeles. The land it was built on was donated to the city by Griffith himself.

As I have documented extensively, the city of Los Angeles, or the “City of Angels”, is a numerical tribute to the Moon’s Metonic cycle.

Griffith J. Griffith died in 1919
He donated the land 19 days before his birthday

The Metonic cycle is 235 lunar phases

In every period of 19 years, 7 of them will contain a 13th month (lunar phase)

The Griffith Observatory was inaugurated 1 year, 36 days before the next total solar eclipse in 1936. This is also a span of 13 months, 6 days:

A year after 1936, there was a Total eclipse from Saros 136, which fell exactly 108 weeks after the opening of the Griffith Observatory:

The state of California was admitted to the Union on September 9th, which was 248 days after the birth of Griffith Jenkins Griffith

The Observatory opened a span of 248 days after California’s date of statehood:

In gematria. 13 is a number connected to sacrifice in several ways.

Griffith Griffith was born a span of exactly 13 weeks before Los Angeles was incorporated as a city:

The Griffith Observatory opened 130 days after what would have been Griffith’s birthday:

California became a state on September 9th, or 9/9
Construction on the Observatory began a span of 5,099 days after Griffith’s death and lasted exactly 99 weeks:

Griffith was 347 days after his birthday when he donated the land to the city:

The Metonic cycle is named after the Greek astronomer Meton, whose calculations are credited for figuring it out.

Los Angeles was incorporated a span of 22 weeks, 5 days before California became a state. Construction on the Observatory lasted 22 months, 25 days: 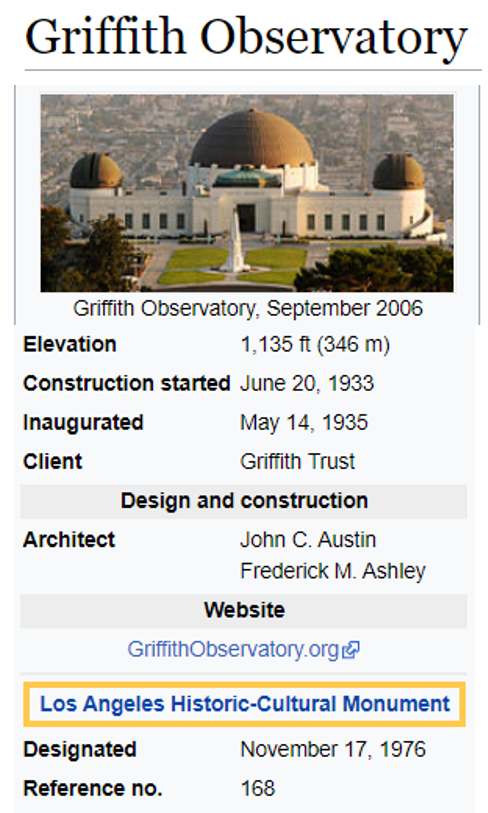 Griffith was born 90 days before LA’s date of incorporation:

The Moon and the Sun are both said to be 108× their own diameter from the Earth. The Sun’s diameter is also 108× that of the Earth’s.

Griffith Observatory sums to 108 in both Reduction methods:

The Observatory opened 10 months, 8 days after the anniversary of Griffith’s death:

The Moon is the big circle in the sky. The circle is the 15th letter of the alphabet.

The Earth is 11/3rds the diameter of the Moon

Both Griffith and The Moon sum to 335

Griffith was born on a date with primary numerology of 73

The Griffith Observatory, operated by Griffith Trust, opened on a date with primary numerology of 73

The word sacrifice sums to 206 in Jewish

Construction on the Griffith Observatory began on June 20th, the date written 20/6.

It was in the year ’33. 33 is a number of ritual human sacrifice

The words Griffith and Murder both sum to 83

On the date of groundbreaking, Griffith would have been 83 years old: 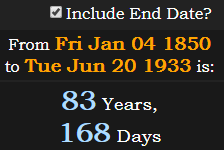 The date was a span of 168 days after Griffith’s birthday. Notice how the Observatory is Reference # 168

The designation date was 11/17

187 is known as the homicide code in California:

Griffith died on the 187th day of the year:

The 187th day of the year is July 6th, written 7/6
The Observatory’s Designation was in the year ’76

The Observatory’s designation as a Historical monument fell 318 days after what would have been Griffith’s birthday:

It was on a date with primary numerology of 123

Strange world we live in…