Just yesterday, I made this post discussing how the stabbing spree in Kuopio, Finland was a numeric ritual in tribute to the President of Finland, Sauli Niinistö. Just one day later, that same man is in the White House meeting with President Trump.

The nation of Finland declared its Independence from Russia on December 6th, 1917, making it exactly 101 years, 300 days old:

The narrative in this nation tends to be that conservative Christians love Trump.

In Ordinal, Sauli Niinistö sums to 156

Any word or phrase with 119 gematria in Ordinal will have a value of 714 in Sumerian: 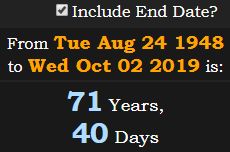 Today is the date leaving 90 days in the year, which is ideal for meeting with the Finnish President

October 2nd is written 10/2 here in the States