(My original post on the death of Danny Frawley)

On September 9th, Danny Frawley, longtime member of the St Kilda FC Saints, died in a collision with a tree on a country road in Millbrook, Victoria, Australia. That same night, the New Orleans Saints won with a last-second game-winning field goal on Monday Night Football.

The field goal was 58 yards. It made the score 38-20, giving the game a total of 58 points. In Australia, where Danny Frawley died, it was September 10th, a date with 58 numerology:

Daniel Frawley was coded with the number 99 all over the place. He was born on a date with primary numerology of 99

He died exactly 66 weeks before the next total solar eclipse:

The kicker who won the game for the New Orleans Saints was Wil Lutz, who was a span of 66 days after his birthday (AU time):

His kick put the Saints over the Houston Texans

Wil Lutz was born a span of exactly 370 months after Danny Frawley: 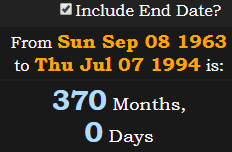 This means their birthdays are also a span of 30 years, 303 days apart: 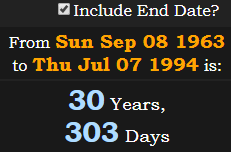 123 is the Ordinal value of Wil Lutz, who shares Reduction gematria with eclipse

Recall how Tim Membrey, current leading goalscorer for SKFC Saints, is 303 months old, and his name sums to 123