On Friday, the Los Angeles Angels played their first home game since the death of Tyler Skaggs, which was a clear, decisive numeric ritual.

The Angels won with 13 runs:

Both the Run and Hit columns read 13-0

Their opponents, Seattle, hail from the 206 area code.

Not only did the Angels win big – they no-hit the Mariners.

Tyler Skaggs died as a sacrifice for the July 2nd total solar eclipse the following day. This game was played ten days later following the eclipse.

The next total solar eclipse will occur on December 14th, 2020, which was 521 days after this game:

This ritual was so over-the-top, even the LA Times did a bit of a numerology post of its own:

Born on the 13th? The Angels scored 13 runs in this game.

I’m pretty sure you could if you tried.

The game was started by Angels’ pitcher Taylor Cole, who only threw two innings. Doesn’t the name Taylor remind you of the name Tyler, who this game was being played in tribute to? Remember, the entire team was wearing #45

Recall how the number 13 sums to 45 in both Reduction methods, and the Angels won 13-0. Skaggs had 130 birth numerology.

Cole was born a span of exactly 99 weeks after Skaggs: 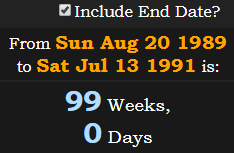 The winning pitcher of this game was Félix Peña, who wears #64 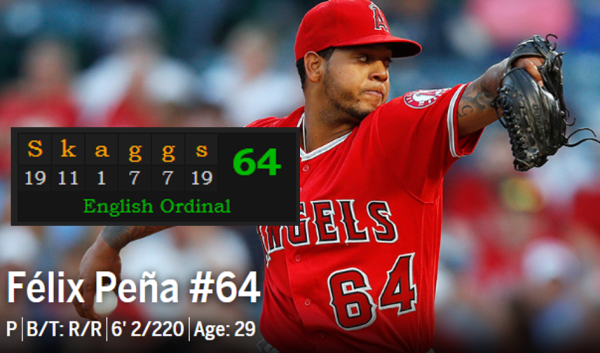 The number 173 upside-down is the word ELI, which Jesus cried out during the crucifixion:

The name Felix has the letters “ELI” in the middle of it.

The Win pushed Peña’s record to 7-2, which is interesting, because this year’s total eclipse was on 7/2. Peña was born exactly 72 weeks before Tyler Skaggs:

The first of two home runs in the game was hit by Mike Trout. He wears #27

Taylor Skaggs died at age 27 for the 7/2 eclipse
The Angels scored 7 runs in the first inning and 2 runs in the second
Skaggs died on 7+1+(19) = 27
His death was 207 days after Angels player Luis Valbuena died
Not only is Mike Trout also 27 years old, but he was 27 days before his birthday:

Skaggs lost his 38th career game just before he died.

Leake’s birthday is 244 days before Skaggs’, and their birthdays are separated by a total of 44 months, 2 days:

It was Leake’s 19th game of the season.

The 8th verse of the Bible sums to 713 in Ordinal, like Skaggs’ birthday. It mentions Heaven, where this “Angel” now lives.