(Piggybacking off of Zach’s post from earlier this week)

Tyler Skaggs made his major league debut in 2012

He was pronounced dead earlier this week at “around” 2:18 pm:

Skaggs’ most recent outing was a Loss, which was the 38th of his career.

Skaggs died on July 1st, which had a Life Lesson number of 20

He was born in Woodland Hills, CA

Skaggs died 353 days after his birthday:

A little over 10 years ago, another Angels pitcher died suddenly after Nick Adenhart was involved in a fatal car accident. His name also connects to 71

Adenhart and Skaggs died a span of 10 years, 84 days apart from one another: 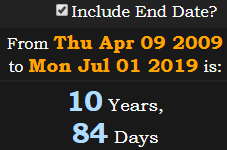 This same measurement is also 3735 days:

The date July 1st can also be written as 1/7

The CNN article linked above even discusses a similar MLB death from 17 years ago.

Over the winter, another Angels player, Luis Valbuena, died in a car accident in Venezuela. The date was December 6th, or 12/6. Valbuena was in his 12060th day alive: 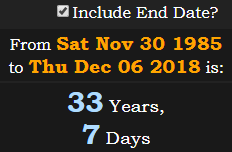 Skaggs died on the first day of July

Notice how the year 2019 connects to his T.S. initials:

The deaths of Luis Valbuena and Tyler Skaggs were separated by 207 days:

Skaggs died at the age of 27, matching the date’s Standard numerology:

July 1st was 103 days after the MLB season began:

Twenty-seven has gematria of 46, which ties us to the sacrifice code:

When Skaggs died, the Angels were 43-42, meaning they had played a total of 85 games.

The date of the eclipse was a span of 3737 days after Nick Adenhart died:

Nick Adenhart would have been 12000 days old on both the date Skaggs died and the date of the eclipse:

Even notice the 3.1 Wins Above Replacement…

The Angels’ first game after Skaggs’ death, which was played on the date of the eclipse, was a 9-4 victory.