April 5th was also the 25th anniversary of the death of Kurt Cobain, who we’re told committed suicide in Seattle.

On April 5th of this year, the lead singer of Seattle rock band Brad, whose name was Shawn, met his death

This was a date I had pegged for some sort of eclipse sacrifice. The riddle was simple.

April 5th was 1 year, 227 days after the most recent total solar eclipse:

April 5th was also 2 months, 27 days before the next total solar eclipse:

Jesus, the son of God, was likely crucified during a solar eclipse. There are 19 years in the Moon’s Metonic cycle. The word Sun begins with the 19th letter. Notice the alliteration with the letter S the Seattle Times used: 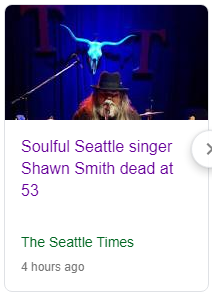 Smith, who was from Seattle, died on a date with 19 numerology:

Smith died 241 days before December 2nd, when Seattle was incorporated:

Smith died a span of 160 days after his 53rd birthday: 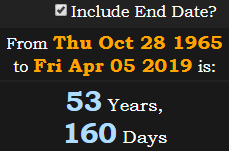 53 is the Reduction value of solar eclipse, which Smith shares 134 gematria with:

Smith died in Seattle a span of 4 months, 4 days after the city’s anniversary: 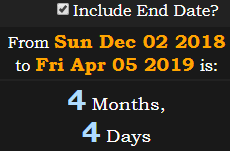 The name Smith is appropriate for an eclipse sacrifice.

Smith sums to 33 with the S Exception, the age at which Jesus is believed to have been when he was crucified during an eclipse

Shawn Smith’s next birthday was 206 days after he died:

Although he died yesterday, it did not make news until today, April 6th, written 4/6

Smith was born on a date with Full numerology of 122

Seattle, which was incorporated on 12/2, is located on 122nd meridian and the 47th parallel: