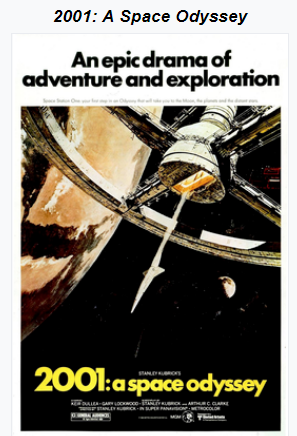 2001: A Space Odyssey was directed by Stanley Kubrick

Two thousand one has overlapping gematria with A Space Odyssey, including the number 68, the year both the book and film were released.

The film, which is about travel through outer space, was released on April 2nd, or 4/2

Although the mission in the film is to Jupiter, the book tells a tale of a journey to one of the moons of Saturn

In Ordinal, Saturn sums to 93

The Stanley Kubrick film was released on a date with Full numerology of 93, which, because it was a leap year, was the 93rd day of the year:

The number 93 is conveniently shown on a spacecraft’s dashboard partway into the film. It’s next to the number 226 – think about how the planet Saturn has rings

Both of these words have Ordinal / Reverse gematria of 68 to go along with the year of the book’s and film’s releases. 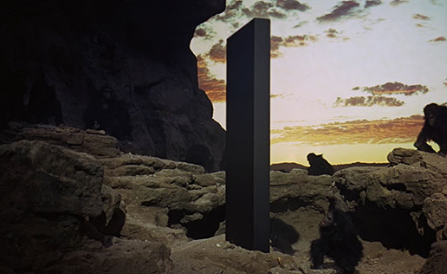 The movie then moves into the future, where humans have achieved space travel. A similar Monolith is discovered beneath the Moon’s surface.

One could argue there are some similarities between the excavation site shown above and Ground Zero from 9/11:

Of course, the film is called 2001: A Space Odyssey. The 9/11 attacks occurred in the year 2001. Numerically, this is interesting for a couple of reasons – first, consider how the World Trade Center was rebuilt with only one building instead of two, thus reducing the number from 2 to 1. The film’s sequel is even called 2010: The Year We Make Contact.

In A Space Odyssey, the first Monolith is discovered on the Moon. In the book, the resulting mission (guided by HAL) follows the Monolith’s signal to Saturn (Jupiter in the film).

Both False flag and thirty-three have gematria of 156

A Space Odyssey was released a span of 116 days before Kubrick’s next birthday:

It’s easy to solidify the connection between 2001: A Space Odyssey and the 2001 attacks on 9/11. In the film, we see a Hilton hotel on the spaceship Floyd Heywood docks at en route to the Moon. 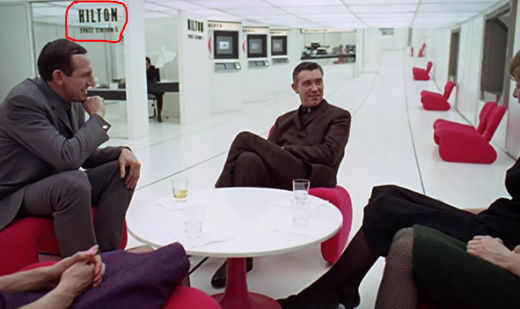 One of the buildings closest to the World Trade Center towers, perhaps the closest of all, was a Hilton hotel that looks remarkably similar to the Monolith from the film:

In the movie, the mission to Jupiter is guided by an artificial intelligence named Hal, which was completed in 1992. The hotel that resembles the Monolith was first opened in 1992.

In 1968, the year A Space Odyssey was released, the following all occurred:

The word Monolith sums to 110 in Reverse:

The Hilton hotel, which resembles the Monolith, was developed by Peter Kalikow

The building’s address is 55 Church Street

The North Tower had a 110-meter antenna. Both towers were 110 stories tall. The New York Port Authority helped David Rockefeller finance the buildings, which were ultimately said to be brought down by Osama bin Laden on Nine-one-one

There’s a pretty interesting fact about this hotel. The name was intentionally mis-spelled as Millenium rather than Millennium

It’s a curious decision, isn’t it? Naturally, this has to do with the gematria, which matches the address:

Notice how Church Street also has that 68 gematria:

Hilton, New York, and Millenium Hilton all sum to 78

Let’s take a closer look at the developer of the Millenium Hilton, Peter Kalikow. He was born in the year ’42, like how A Space Odyssey came out on 4/2

Kalikow turned 25 years, 4 months old the day before the film A Space Odyssey was released. He was also exactly 9,254 days old:

In regards to the event occurring on the 11th, and in light of all the 110‘s shown above, consider how Kalikow’s name also sums to the 11th Fibonacci number, 89

It’s no secret by now that wealthy Zionists, who claim to be Jewish, were responsible for the 9/11 attacks, so we would expect that Kalikow might say he’s one too.