In light of the death of Clifford Dixon, Kevin Durant’s “adopted brother”, let’s review the numerology of the death of another man important to Kevin Durant – Charles “Big Chucky” Craig, who was shot and killed in the early morning hours of April 30th, 2005 at the age of 35, the number Durant now wears on his jersey.

It happened at J’s Sports Cafe

In Reduction, Kevin Durant sums to 49, just like the team he currently plays for:

Prince went to watch the Warriors defeat Kevin Durant, who played for the Thunder at the time, exactly 49 days before he died:

When Big Chucky was shot and killed, Prince was 46 years, 46 weeks old:

Charles Craig died on a date with Full numerology of 59

The word Kill sums to 59 in Jewish, the 17th Prime number:

The Warriors/Thunder game Prince attended was the Warriors’ 44th straight home win, tying an NBA record. It was exactly 44 weeks after the 10th anniversary of Craig’s death: 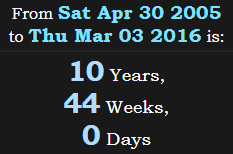 Durant’s friend Clifford Dixon was killed on the date 21/3.

Converting to weeks, we find that Craig died 30 weeks, 3 days after Durant’s birthday:

33 is a number associated with ritual human sacrifice

In the New Testament, Jesus was crucified at the age of 33 under an eclipse

Prince attended the Warriors/Thunder game on 3/3, the date leaving 303 days in the year: 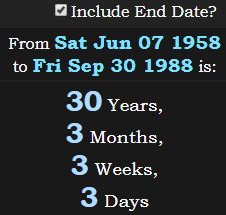 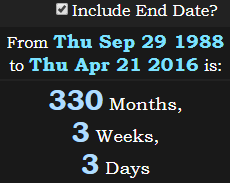 Prince’s last concert was in Atlanta, which sits on the 33rd parallel:

With capital letters, his name matches the Latin value of sacrifice