19 is a number special to Islam. Notice all the reasons given in the link – none of them mention the fact that the Moon, which appears on most Islamic nation’s flags, has a 19 year Metonic cycle.

The date of the Christchurch shooting had 57, 21, and 19 numerology:

Notice how Christchurch, New Zealand is 22 letters, 3 words. This is the Hebrew value of The Moon

There are 223 lunar phases in the Saros cycle, which allows us to predict eclipses.

The shooting occurred in an Islamic Mosque. The word Mosque has Jewish gematria of 445, which is the Hebrew value of total lunar eclipse.

Measuring to the most recent total lunar eclipse, we get 7 weeks, 4 days:

The shooting was on the 74th day of the year: 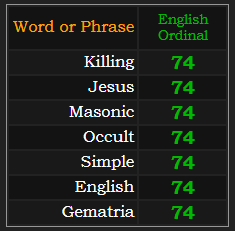 The Governor-General of New Zealand is Patsy Reddy

But her real name is Dame Reddy

The Prime Minister of New Zealand is named Jacinda Adern 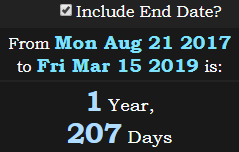 The Metonic Cycle is 19 years long.

This shooting fell 109 days before the next total solar eclipse: