On February 21st, Peter Tork, the bassist for the 60’s rock band The Monkees, passed away following a recurrence of cancer. He is the second member of The Monkees to die following the death of frontman Davy Jones on Leap Day in 2012.

This post will explore not only how these two deaths are numerically connected, but also how they are connected to the Operation Northwoods document from 1962 and the Northwoods Mall shooting in South Carolina that occurred the same day Peter Tork’s death was in the headlines.

The word Monkees sums to 230

The shooting was 230 days before the anniversary of The Monkees’ debut album, which was called The Monkees:

On the date of the shooting at Northwoods Mall, the state of South Carolina was 230 years, 8 months, 30 days old: 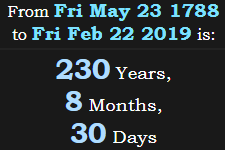 It was a span of 313 days before Davy Jones’s birthday:

The shooting at Northwoods Mall was exactly 20800 days after the release of the Operation Northwoods document:

Monkees, Peter, and Tork all sum to 28 in Reduction:

His full name even sums to 280 in the alphabetic order:

The word Kill has Reverse gematria of 28

The Northwoods Mall shooting occurred on the 53rd day of the year:

Northwoods Mall sums to 189 in both Ordinal methods:

The shooting had Full numerology of 63
Operation Northwoods was printed on the 72nd day of the year:

The date of the shooting had the exact same numerology as the date Jones died in 2012:

The Operation Northwoods document was printed in ’62, the same year The Monkees were founded by Bob Rafelson

This is also the Reduction gematria of Davy Jones’ full name:

That date was February 21st, written 2/21. That’s Bob Rafelson’s birthday. 221 is also the gematria of the other founder of The Monkees, Bert Schneider

Schneider was born on 5/5, and died on a date with Full numerology of 55

“Order Out Of Chaos” Code

Tork’s death, as well as the shooting, fell exactly 19 weeks after the release of The Monkees’ most recent album:

Peter’s full name sums to 314 in the Reverse alphabetical order:

Tork’s last full day alive was February 20th, the date that leaves 314 days on the calendar:

777 is the number of numeric ritual

This is also the value of the Masonic motto, order out of chaos

The Mayor of Charleston was a span of 3 years, 43 days into his term during the mall shooting: 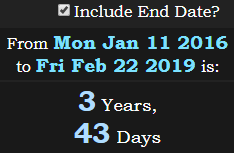 In Reverse, order out of chaos has matching 78 gematria with South Carolina

South Carolina was founded on May 23rd, the date leaving 222 days in the year:

The shooting at Northwoods Mall took place on February 22nd, written 2/22 or 22/2

The duration between Jones’s and Tork’s deaths is 2549 days:

Peter Tork has a number of numerical connections to the state of South Carolina.

See this screenshot from my post on South Carolina to see how relevant 116 is to that state.

Tork’s date of birth had Standard numerology of 57