In 2003, Irvin Favre, the father of Brett Favre, passed away following a sudden heart attack, which sent his vehicle off the road in his home town of Kiln, Mississippi.

Brett Favre was in his 73rd day of his age when his father died. His game against the Raiders the following night was 73 days after his birthday:

Irvin Favre died at the age of 58

Freemasonry’s emblem has a capital G in the middle, just like the logo for Green Bay:

Favre had 399 passing yards in the game:

Three Raiders’ QB’s combined for 223 passing yards. Also notice Favre was 22-30 passing with a 154 rating and a longest play of 47 yards:

He died 15 days before his 59th birthday:

This means he was 350 days after his 58th birthday:

Green Bay won the game with a total of 41 points, exactly 41 days before the Super Bowl

On the date his father died, and the date of the game, Packers head coach Mike Sherman was exactly 17900 days old:

38 is a significant number in death rituals:

Irvin 58 years old. The next day’s game was against the Oakland Raiders

The defensive star of the game for Green Bay was Michael Hawthorne, who snagged the only two interceptions of the game: 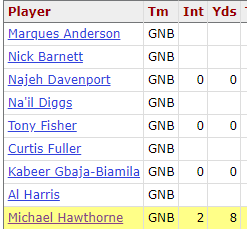 His name sums to 163 in the alphabetic order:

In Reduction, Masonry sums to 33, its highest degree:

The next night on MNF was the Packers / Raiders game.

The Packers had 156 rushing yards:

Irvin died on a date with Standard numerology of 36

The next night, the Packers had possession for 36:36 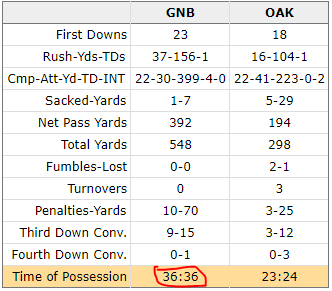 Notice how the Packers were sacked 1 time for 7 yards, and also accumulated 10 penalties for 70 yards.

It was one of Favre’s best games ever. It was on the date December 22nd

The Raiders were coached by Bill Callahan

Callahan’s numerology is interesting. He was born on a date with 113 numerology:

The game was a span of 145 days after his birthday.

In Hebrew, Kill = 19 and 46, matching the gematria of Kiln, the town in Mississippi in which Irvin died.

Favre’s last game of the season the following week fell 79 days after his birthday. It was his 206th career start.