It’s difficult enough to believe anything the police say in the news. Now, we’re expected to believe the feds?! Naturally, it’s no coincidence this man was inspired by the 2011 Norway attacks, which were of course a false flag.

113 is the primary number of deception. This syncs up with his name in Reverse:

The 2011 attacks that began in Oslo, Norway were carried out by Anders Behring Breivik

Their last names share gematria in both Ordinal and Reduction:

Breivik was born on February 13th, or 2/13. Today is 213 days after the anniversary of the attacks:

This story was published on the date leaving 314 days in the year, a date with 16 numerology:

3.14 are the first three digits of Pi, which resolve the mathematics of the circle

On Freemasonry’s emblem, the compass, which draws a circle, is set to 47 degrees:

On the date we got this new story, Anders Breivik was 40 years, 7 days old:

This is ideal, considering Christopher Hasson was said to be a Coast Guard lieutenant

This story came out 90 months, 30 days after the Norway attacks, which occurred 9 weeks, 3 days after Norway’s national holiday:

Breivik is said to have killed 77 people and injured 319

Anders Behring Breivik was born in ’79

Stoltenberg was exactly 34 weeks before his birthday:

Yesterday’s story had a Life Lesson number of 34

Freemasons (used to) consider themselves master builders. The Master Builder number is 22

This story about Coast Guard officer Chris Hasson came out on February 20th, or 2/20

Anders committed his mass shooting exactly 159 days after his birthday:

13 is the primary ritual / hoax code. It’s found in the name of the suspect, as well as the city he’s from.

With the S Exception, Hasson’s name sums to another thirteen – 130

This story came out 7 years, 30 weeks, 3 days after the Norway attacks: 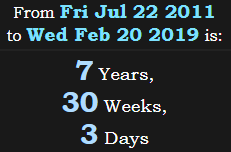 33 is the other primary ritual / hoax code.

Hasson was an officer for the United States Coast Guard, which was 3 weeks, 3 days after its 104th anniversary: 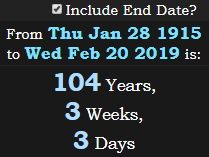 In Jewish gematria, they have similar numbers: