Kristoff St. John from The Young and the Restless passed away yesterday on the same day the Patriots topped the Rams in the Super Bowl. This post will discuss the numerical relations of these two events to show it was indeed no coincidence.

The Young and the Restless debuted in 1973, making it 45 years old:

Kristoff’s character on the show had the last name Winters

St. John’s birthday was on July 15th, written internationally as 15/7

The Patriots just won their 37th playoff game all-time against Los Angeles in Super Bowl 53. St. John died a span of 163 days before his 53rd birthday:

Kristoff St. John was born a span of 11 years, 20 days before Tom Brady: 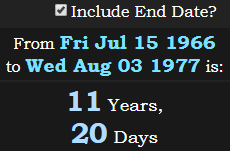 Brady is 41 years old. A field goal sealed the Super Bowl for the Patriots with 1:12 left in the game.

The only number not shared is 131, which is the 32nd Prime number.

The date he died is written internationally as 3/2

3.14 are the first three digits in pi, which resolves the mathematics of the circle.

St. John played the character Neil Winters on the show.

He died the same day as Super Bowl Fifty-three

A solar eclipse is when the two largest circles in the sky overlap.

A vesica piscis is the shape created when the edge of each circle intersects with the middle of the other. 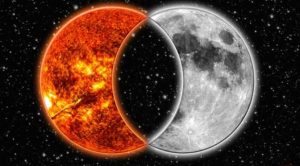 The Patriots defeated the Rams in Super Bowl 53, almost exactly 19 years after the last time the Rams won the Super Bowl. The only touchdown in the game came exactly 53 minutes in.

The date he died leaves 331 days in the year:

In the Bible, Christ was crucified under an event perceived to be an eclipse. News of Kristoff’s death broke a span of 533 days after the most recent total solar eclipse:

His death was announced 148 days before the next total solar eclipse. He died 149 days before it: