My cell phone finally gave out on me over the weekend. I shut it down on Sunday night, only to find the screen wouldn’t work when I tried turning it back on.

Monday morning, we were hit with about a foot of snow, so I put getting a new one off for a couple days. I tried to visit the store on Thursday, but due to the polar vortex delivering temperatures as cold as -22 here in Milwaukee, it was closed. So I went back this morning, February 1st, and was finally able to get it done.

While I was waiting for the guy at the counter to finish his administrative work, he says “Not bad! You had your phone for 1,199 days.” I thought it was odd he told me the exact number of days…I had zero intention of decoding my phone purchase, but once he said this, there was no turning back.

But I find the number 1,199 more interesting in regards to owning a Samsung S4 Galaxy…

The date I bought the phone had 46 numerology:

While waiting at the counter to get my new phone from Boost Mobile, only one other person entered the store. She gave her phone number to the clerk so she could pay her bill – it began with 406.

These are interesting alignments, but a skeptic could call them coincidental. But consider that before I went to the store that morning, I made ONE post involving gematria, seen below: 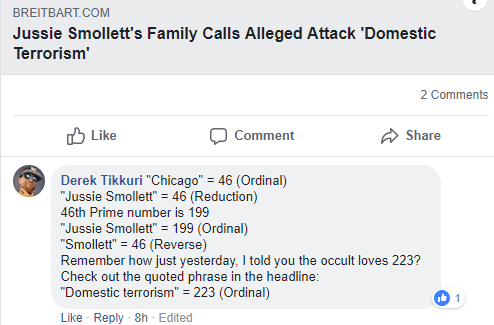 The night my phone stopped working was 1/27

Now to the second part of this strange riddle.

January 27th also happened to be the same night the girl I’ve been seeing ended our relationship. Ever since I first ran her numbers, I saw incredible alignments with the numerology of the Metonic cycle, which I have come to learn is extremely significant through this study. I even met her on July 20th, the anniversary of the first fake moon landing.

The Metonic cycle is 19 years in length.
Her first+last name = 109 (Reverse Reduction)
She was born exactly 361 weeks after me (19×19)
The 19th amendment, drafted in 1919, gave women the right to vote. I even made this post less than a week before meeting her.

Her friend who passed away was born on 1/18, and was exactly 1 year, 108 days older than the girl I was seeing.

Her Full birth numerology is 121, which is 11 Squared
Her Life Lesson number is 31, which is the 11th Prime
Her first+last name = 89 (Reduction), the 11th Fibonacci

The 11th Triangular number is 66, which is how many days we went out:

Her friend was killed on a date with 66 numerology:

The date I bought the Samsung had 66 numerology:

The number of the Beast is revealed in the 229th verse of Revelation. On the date we split, I was 12290 days old: 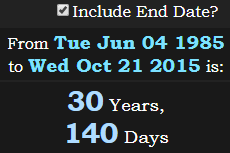 Today, when I replaced the phone, has numerology of 42 and 15

The Beast rules for 42 months in Revelation.
The circle is the 15th letter of the alphabet. I originally bought that phone in the year ’15.

The Beast is Time (which I’ve probably spent way too much of making this post).

The date of the split also had 47 numerology: