This story involving five police officers being shot appears to be a masonic hoax in tribute to the numbers and dates of total solar eclipses. Freemasons, who run most police departments in the United States, really love solar eclipses.

The shooting occurred last night, but this is one of the top stories today, January 29th. Today has 69 and 42 numerology:

The police were at the residence due to reports of heroin being sold. It has the same 69 & 42 gematria as eclipse, as well as 222 and 192 in our primary large number ciphers.

Today, the date this made headline news, is 18 weeks, 1 day before Houston’s June 5th anniversary:

Five also sums to the same as Texas

Mayor Sylvester Turner was 123 days after his birthday:

it was Governor Greg Abbott‘s 1470th day in office:

The incident had Standard numerology of 48

It was also 4 months, 8 days before Houston’s anniversary:

It was also a span of exactly 48 weeks before the date Texas was first admitted to the Union:

It was also Greg Abbott’s 77th day of his age:

One of the suspects was named Rhogena Nicholas

Remember when five officers were killed in Dallas in 2016? That was on the date 7/7.

In that same Ordinal cipher, Houston, TX sums to 156

The word eclipse sums to 156 in Hebrew:

A solar or lunar eclipse occurs once every 1, 5, or 6 lunar cycles. 156 is also attributed in English gematria:

The shooting in Houston fell a span of exactly 156 days before the next total solar eclipse:

This event also appears to be related to the 2017 and 2024 Great American total solar eclipses. It fell exactly 1 year, 5 months, 8 days after the 2017 eclipse: 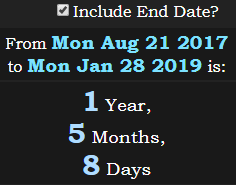 The shooting was exactly 271 weeks before the 2024 eclipse:

The first suspect mentioned in CNN’s article was Dennis Tuttle

The shooting was a span of 161 days after the anniversary of the 2017 eclipse:

This means the eclipse was 525 days before: