This hostage situation occurred on January 14th, the date written 1/14.
It had standard numerology of 34

The incident occurred 139 days after the anniversary of UPS’s founding:

The company was founded in the year 1907, syncing up with the location of the incident.

This incident in Logan Township, New Jersey at a UPS facility did not make news until late Monday night, meaning people did not really find out about it until the next day.

The 15th had Standard numerology of 35 and left 350 days on the calendar:

UPS sums to 56 in the alphabetic order, matching both the name of the perpetrator and the city he was from:

113 is the primary number of deception. This incident occurred a span of 113 days before 5/6

It was also a span of 11 months, 30 days into Governor Phil Murphy‘s tenure: 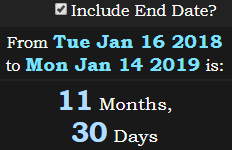 If this is actually some sort of hoax, they’ve successfully coded the main hoax codes of 13 and 33 into this as well.

The state of New Jersey was 2772 months, 27 days old on the date of the hostage situation:

It was a span of 227 days before UPS’s anniversary:

Some unchartered waters here…but it might be worth documenting.

January fourteenth has an Ordinal value of 222

Two hundred twenty-two has matching gematria with the location of the shooting, which also has 108 in both Reduction methods:

The date of the incident had Reduced numerology of 18