I will explain to you how the numbers show that this story is just another Masonic fairy tale.

Today has Standard numerology of 27, matching the name Brown in both Reduction methods:

This story makes national headlines on a special date. As I have been consistently documenting, Ordinal gematria of a person’s full name can be converted to a date, and measuring to that date provides very relevant numbers.

The trafficked sex worker was 16 years old at the time of the murder.

Not only does the name Cyntoia sum to 33, but Cyntoia Brown has matching gematria with thirty-three

This news story falls a span of 33 days after the Tennessee Supreme Court ruled she would be eligible for parole:

13 and 33 are numbers of Masonry (see below). Ms. Washington was also known as Ellenette Brown

Cyntoia Brown is from the state of Tennessee

Her date of birth has Full numerology of 137

The Capital G is also worth 13

Rather unsurprisingly, the man she allegedly murdered has Ordinal gematria of 130

The date she committed the murder was 6 months, 8 days after her birthday:

The date had Full numerology of 38

In 2011, a film was made about Cyntoia Brown. The gematria of the title syncs up with Freemasonry 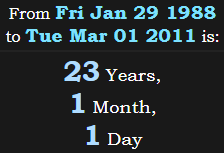 This 1 month, 1 day measurement to her birthday is also 31 days. The date the film aired was March 1st, written 3/1

In this same cipher, divine feminine sums to 911

On today’s date, Cyntoia Brown is 11 months, 9 days after her birthday: