Of course the police say there’s no suspicious circumstances. At their highest levels, the police function as a gang installed to protect the truth from the sleeping masses.

Annalise Braakensiek, who was born in ’72, died a span of exactly 72 weeks after the most recent total solar eclipse: 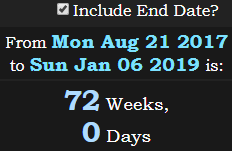 The next total solar eclipse falls on July 2nd of this year, the date written 7/2, which is a span of 178 days after her death:

Braakensiek’s death is being compared to that of Charlotte Dawson , who died a span of exactly 1780 days before Annalise did:

178 is a special number of the Kabbalah, the ancient practice from which numbers draw their importance.

The modern-day practitioners of the Kabbalah are The Society of Jesus and the affiliated members of the Ancient Accepted Scottish Rite of Freemasonry, who operate by ritual and symbolism

227 is a number central to the eclipse crucifixion code

She was 46 years old at the time of her death.

She is said to have died on a date with 46 numerology:

She was a contributor to a publication called The Carousel

Charlotte Dawson died a span of 46 days before her own birthday:

In Jewish gematria, sacrifice sums to 206, the same as Annalise

The date of her death also had Standard numerology of 26

She died 2 weeks, 6 days before Independence Day in Australia

January sixth has many alignments with ritual sacrifice

In Reduction, Charlotte Dawson sums to 61

Annalise Braakensiek wound up dying on the 6th of January, written 6/1 in Australia.