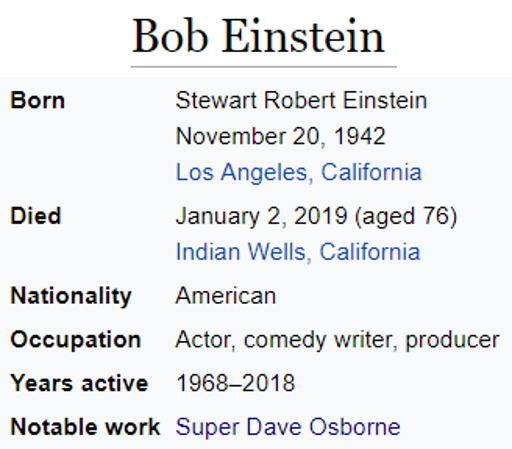 Bob Einstein is being reported to have died on January 2nd, 2019 from Leukemia, which is cancer of the blood cells.

Einstein was in the 44th day of his age since his November 20th birthday:

Einstein is one of three people, alongside “Mean” Gene Okerlund and “Captain” Daryl Dragon, to pass away at age 76 on the same date. 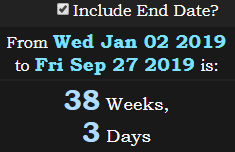 Einstein died 181 days before the next total solar eclipse

I believe the Reverse gematria of Bob Einstein is more significant than his Ordinal gematria in this case, because “Bob Einstein” = 114 (Ordinal). Three different dates can be pulled from 114, whereas only one can be extracted from 183.

Einstein, whose most famous role was as Super Dave Osborne, died the same day as Gene Okerlund. Both have last names beginning with O, the fifteenth letter. 15-0

He died exactly 46 weeks before his next birthday: