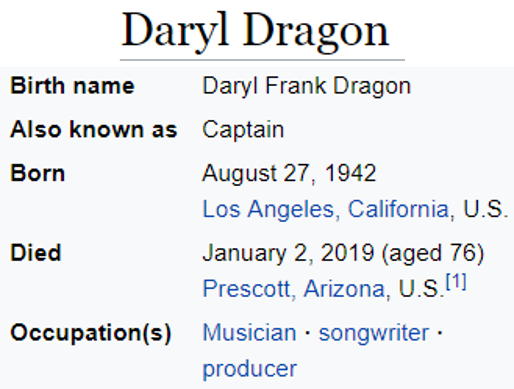 Daryl Frank Dragon, who died on the same day as “Mean” Gene Okerlund, had Reduction gematria of 79

The date they both died had Standard numerology of 22

Eclipse sacrifice also has gematria of 79

He died 181 days before the next total solar eclipse:

Dragon died a span of 71 weeks, 3 days after the most recent total (solar) eclipse 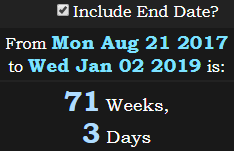 He also died 4 months, 6 days after his own birthday, which had numerology of 73 and 46

Dragon, Okerlund and Super Dave Osborne all died at the age of 76 on the same date.

Dragon is said to have died from renal failure

Dragon began his musical career in ’59

His partner was Toni Tennille

13 appears to be a sacrificial number.

In the Reverse order, Dragon sums to 103

The date he died had Tiny numerology of 13