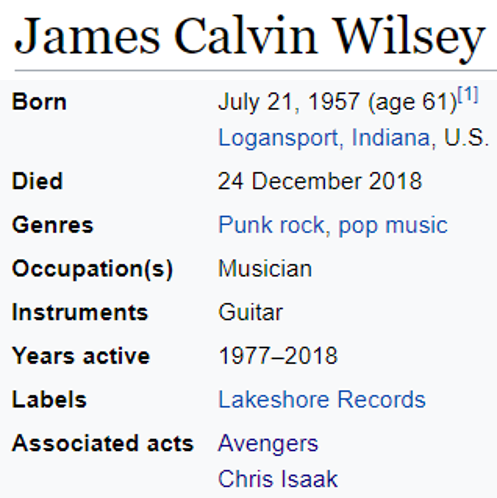 The name James Calvin Wilsey sums to the exact same as total solar eclipse in all four base ciphers:

In Reduction, eclipse sums to 33

His common name, James Wilsey, matches thirty-three in 3 of 4 base ciphers:

An eclipse occurs once every 1, 5, or 6 lunar phases

He died 156 days after his birthday on Christmas Eve, or December 24th

Wilsey died on a date with 47 numerology, exactly 70 weeks after the most recent total eclipse

This is also 125 days after the anniversary of that same eclipse. Wilsey was originally a band member for a group called the Avengers

Instead measuring to the next total solar eclipse, we find it’s exactly 190 days (or 6 months, 9 days):

Wilsey achieved the most fame as the guitarist for Silvertone, a band fronted by singer Chris Isaak 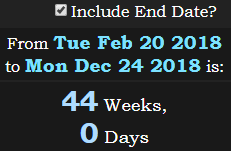 The name Chris Isaak sums to 301

In the year 1993, Wilsey played lead guitar on Isaak’s album called San Francisco Days. Think about that in regards to the number 202 just above.

In Reverse, Chris Isaak sums to 73