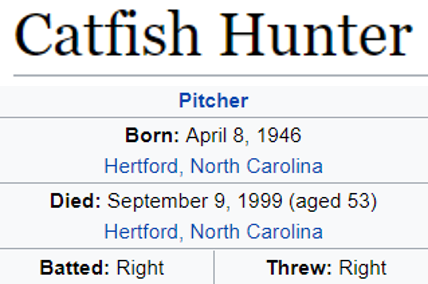 My post on the death of Kim Hunter, Catfish’s daughter

His jersey was retired on June 9th of 1991, exactly 99 months before he died:

He died on the date written 9/9

In Reverse Reduction, both blood sacrifice and human sacrifice sum to 86, a number used as slang for “offing” or “getting rid of”

Catfish died 154 days after his birthday: