Can you believe this guy’s middle name is Fitzgerald? This shooting occurred on the 55-year anniversary of the date John Fitzgerald Kennedy was assassinated.

This shooting was at Riverchase Galleria

The mall is located in Hoover, AL

JFK, the 35th U.S. President, was the first Catholic President

The mall shooting occurred on a date with 71 numerology:

Catholic sums to 46 in Reverse Reduction, matching up with the name of the man killed.

This man has appropriate gematria for a man sacrificed instead of the real shooter.

Alabama Governor Kay Ivey was 38 days after her birthday:

The shooting was at a mall in Hoover, Alabama 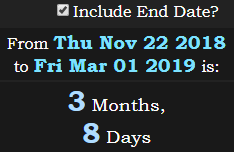 The shooting occurred on a date with Standard numerology of 51

It took me a while, but I already think I’m catching on to something extremely significant with these rituals. The Ordinal and Reverse Ordinal ciphers are used in direct accordance with dates on the calendar more than I realized.

In Ordinal, the victim’s name sums to 269, matching the location of the shooting.

The State of Alabama was 343 days after the anniversary of its date of statehood when the shooting occurred:

Order out of chaos is the motto of the Ancient Accepted Scottish Rite of Freemasonry, a subsidiary of The Society of Jesus, who operate through ritual and symbolism

The shooting was also a span of 227 days after the first anniversary of Governor Kay Ivey taking office: